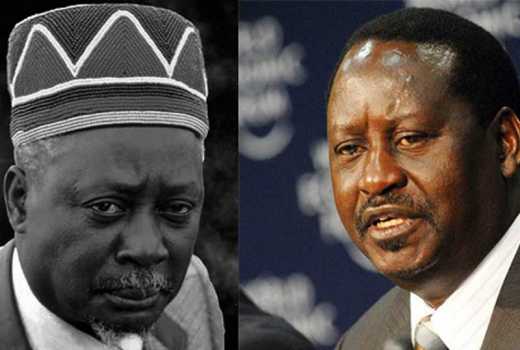 Speaking while making an appearance on KTN’s weekly sports show Sports Legends, Charles “Korea” Omondi revealed that the main reason he first left Gor Mahia for Kisumu Posta back in 1994 was because of job security.

He admitted that although playing for Gor brought along with it prestige, it was very difficult to get gainful and meaningful employment while there. What attracted him to Kisumu Posta was that he was going to get a permanent job which had security and would take care of him in the future days. However, he mentioned that in Gor Mahia, although there was no permanent employment, the club’s management struggled to find for her players employment in a number of affiliated companies.

Among these companies was Kenya Railways, Posta (coincidentally), and Spectre International.

Spectre International is owned by the Odingas. While right now it is under the stewardship of Raila Odinga and his siblings, back in the early nineties, it was headed by the family’s patriarch, Jaramogi Oginga Odinga. This is father to former Prime Minister Raila Odinga and former Bondo constituency member of parliament Oburu Odinga. Jaramogi himself previously served as the country’s first Vice-president.

East Africa Spectre started was established in 1971 at the Kenya Industrial Estates (KIE) sheds on Lusingeti road off Likoni Road in Nairobi’s Industrial Area. It was then known as Standard Processing Equipment Construction and Erection hence the name Spectre. Being a pioneer in the field of Gas Cylinders manufacturing, it was a sole manufacturer of the product in East African region. The company’s market included major Oil companies like Total Kenya, Mobil Oil (now Libya Oil), Esso (bought out by Mobil), Shell etc.