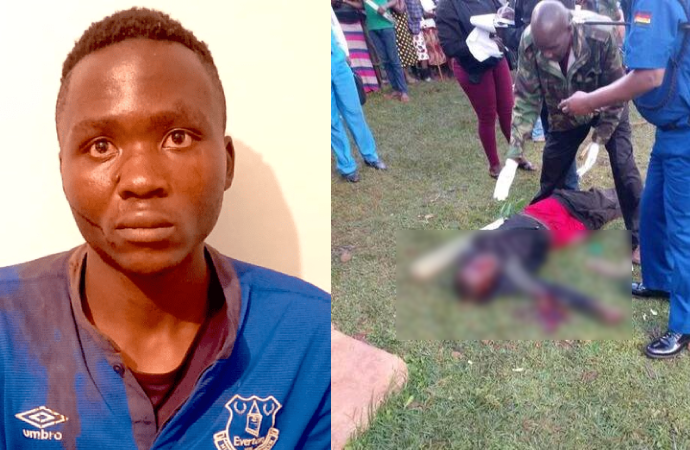 “He was beaten to death by neighbours who learnt of his presence at his parents’ home,” an eyewitness told Kenyaonlinenew.com.

According to Bungoma County Police Commander Musyoki Mutungi, the suspect managed to sneak into his parents’ home but suspicious villagers noticed him.

“It is the curious villagers who first identified him and went ahead to kill him even before the police could be informed,” said the police boss.

Mutungi said the suspect was flushed out of the home where he had gone to take cover and lynched at around 7.00am today.

“He arrived at his parents’ home last night but he was spotted by neighbours. After sensing danger, Wanjala opted to move into a nearby house,” said Mutungi.

So far the body is still at the scene and we have deployed security agents all over the place,” Mutungi told Kenyaonlinenews.com on phone.