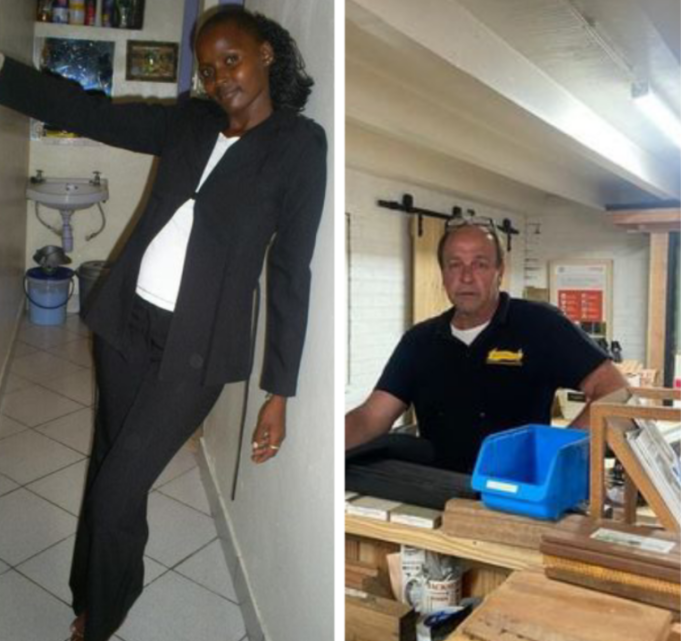 Detectives from the homicide department of the Directorate of Criminal Investigations (DCI) Kenya, have arrested two main suspects behind the double murders of Mombasa-based Dutch tycoon, Herman Rouwenhourst, 55 and his guard, Evans Bokoro, 23. 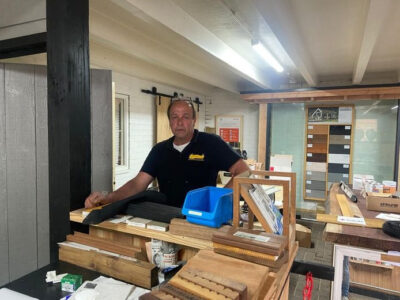 DCI in a statement on Sunday, July 25, 2021, said the suspects, Mary Nekesa Ambani,33 and Timothy Omondi Ngoe alias Rashid, 22, were arrested following the Dutchman’s murder at the upscale Rocco apartments in Shanzu, on June 4, 2021.

Rouwenhourst’s wife, Riziki Cherono Ali, was arrested last month for her role in the killings of her husband and the bodyguard.

Herman Rouwenhourst who owned multiple properties and nightclubs scattered across Mombasa and Kilifi counties, was found lying lifeless on his matrimonial bed with multiple injuries on the head, with his hands and legs tied and his mouth gagged. His guard also died under similar circumstances bearing injuries similar to those of his employer.

“Investigations have revealed that the slain tycoon had notified his wife, Riziki Cherono of his intentions to divorce her, following endless wrangles that had rocked their marriage. However, Cherono didn’t take that lying down and hatched a plot to eliminate her husband, with whom they had two children aged 14 and 12,” DCI said in a statement.

“On May 10,2021, she constituted a meeting between the two suspects Rashid and Nekesa, a former manager in one of Rouwenhourst’s hotels. In a chilling confession to detectives on how they planned and executed the murder, Nekesa disclosed that Cherono had earlier taken Rashid to their home on a recce mission to familiarize himself with the home.

“To complete the details into the murder plot, Rashid took photos of the bedroom where the deceased was later found dead. He was promised a handsome pay upon completion of the task, from money that the deceased kept in a safe in the couple’s bedroom.

“Investigations have further revealed that on the fateful night of the murder, Cherono opened the door to their apartment letting in Rashid and other suspects still at large, to stage the cold blooded murder. After completing their task, they broke into the safe and took off with over Sh3 Million.

“Cherono was later found in the couple’s Toyota Probox around Serena hotel, in what detectives discovered to be a staged kidnapping,” 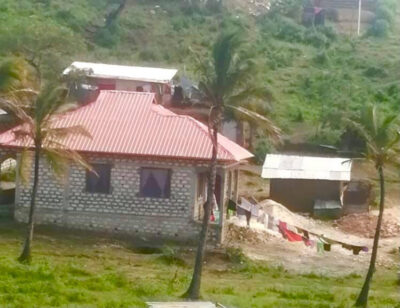 Weeks after the murder, the prime suspect Timothy Omondi alias Rashid acquired a plot the with proceeds from the murder, measuring 40x80ft at Kiembeni. He constructed a four-roomed house at an estimated cost of over Sh1.5Million and furnished it with newly acquired house holds items, worth over Sh500,000. 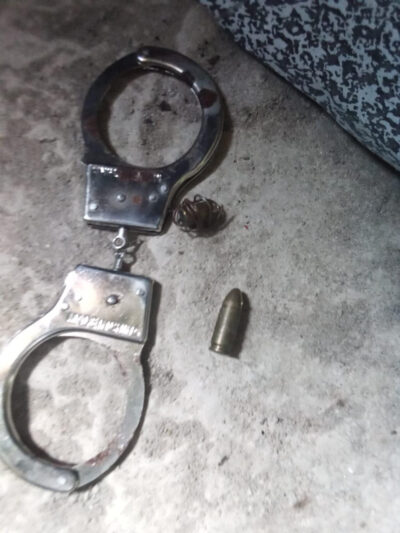 Forensic analysis conducted in our forensic lab placed Rashid at the scene of the murder in Shanzu and at around Serena, where Cherono and the vehicle were found. 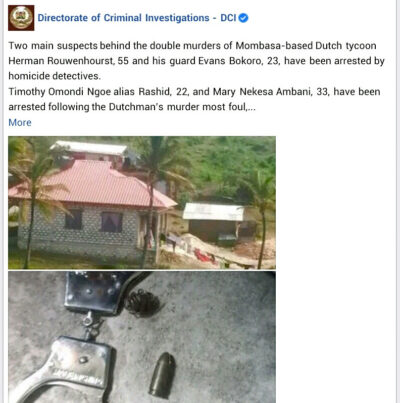 The suspects were arraigned in court on Monday, July 26, to answer to murder charges, DCI says