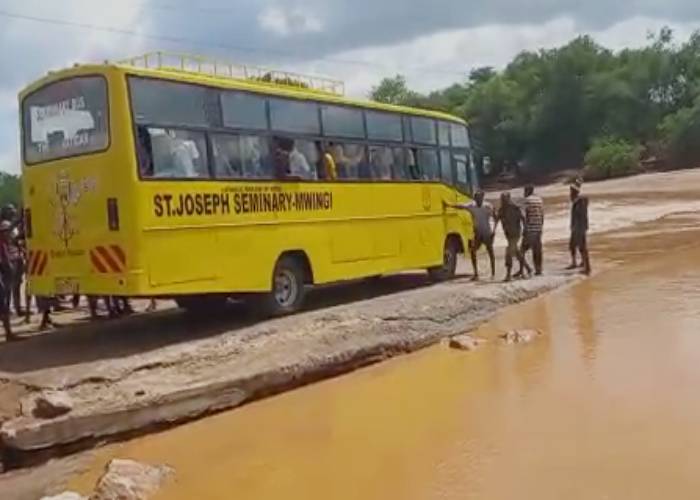 Choir Members Heading for a Wedding Die in Mwingi Floods

At least 23 people died after a bus carrying choir members to a wedding plunged into a river in Kenya on Saturday, December 4th, 2021.

Mwingi East Sub-County Police Commander Joseph Yakan said the driver tried to steer the bus past a flooded bridge, but the strong current swept the vehicle into the river.

Ten people were rescued but “we have 23 bodies now,” he said.

The choir members are of Mwingi Catholic Church, police said.

The incident occurred at 11am, when the passengers were travelling to Nuu area from Mwingi Town.

Some of the passengers could be seen screaming and raising their hands through the windows as the bus sank gradually.

Police say the victims were heading for their male colleague’s wedding, when the accident happened.