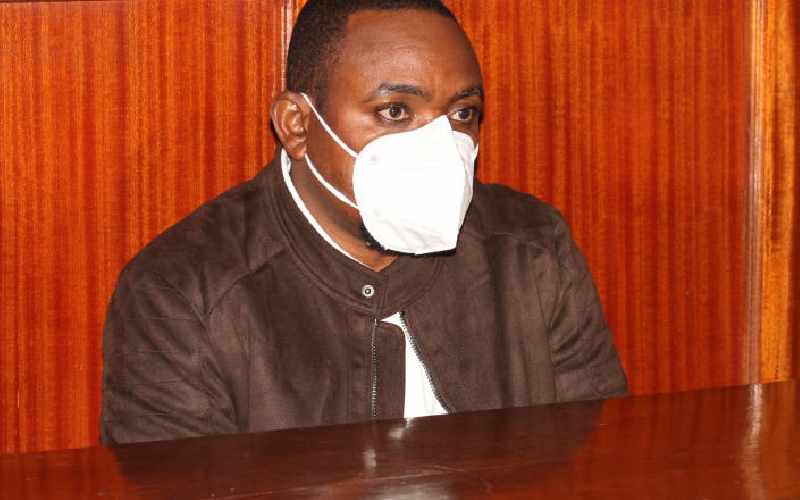 A Congolese man suspected of dealing in fake gold has been detained for seven days pending investigations.

The DCI had requested to have Kongolo locked in police cells for a week to enable them to finalise investigations. He is alleged to have conned people out of millions of shillings by claiming he could help them buy gold.

The suspect was remanded at Capitol Hill police station.

Investigating officer Julio Mutembei in his affidavit to support the application for detention stated that Tshikunga is a perennial fraudster who has been conning unsuspecting people with the promise of supplying them with gold.

“He has time and again been involved in different crimes and offences against the rule of the law. The offences he has been committing have landed him in court where he has cases pending,” swore Mutembei.

The court heard that Kongolo is a flight risk as he has dual citizenship (Kenya and the DRC).

“The suspect has been dealing in unidentified businesses that include sourcing and selling of gold from unknown sources, transporting it to different destinations and is facing criminal charges in Kenya,” the court was told.

The court heard Kongolo was arrested on Thursday after allegedly conning a Ukrainian investor of Sh940 million.

“He lied to the Ukrainian that he was in a position to sell him gold, but it turned out that the gold was fake. Tshikunga had by then been paid,” said Mutembei.

He added that officers from the Special Service Unit needed time to summon the Ukrainian national to record a statement, and fear that Tshikunga could interfere with the witness if he was released.

Allegedly, the Ukrainian was lured into the country as a trap to syphon his money through a tricky gold business and parted with huge amounts of money to engage in the business.

“The gold in question turned out to be a different thing, despite paying for its security in custody of Brinks Security Services,” officer Mutembei said.