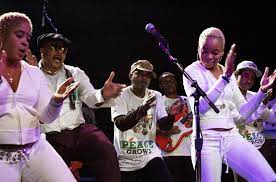 A Unesco summit approved the two countries’ Democratic Republic of Congo and Congo-Brazzaville joint application to add rumba to its Intangible Cultural Heritage of Humanity list, where it joins Cuban rumba, the Central African Republic’s polyphonic pygmy music and the drums of Burundi.

“These treasures from Congo and exported throughout the world are part of our pride,” DRC government spokesman Patrick Muyaya tweeted last week in anticipation of the announcement.

“It is our common duty to promote rumba,” he added.

Specialists have located rumba’s origins in the ancient central African kingdom of Kongo, where people practised a dance called “Nkumba”.

The word means navel as it involved a man and woman dancing with their navel opposite the other person’s.

Africans brought their music and culture across the Atlantic through the slave trade, eventually giving birth to jazz in North America and rumba in South America.

Traders then brought the music back to Africa through records and guitars in more recent times.

The modern version of rumba is 100 years old and symbolises cities and bars, Andre Yoka Lye, a director at the DRC’s national arts institute in the capital Kinshasa, told AFP.

Rumba has been marked by the political history of the two Congos before and after independence and is “present in all areas of national life”, he added.

It draws on nostalgia, cultural exchange, resistance, resilience and the sharing of pleasure through its flamboyant “sape” dress code, said Lye. 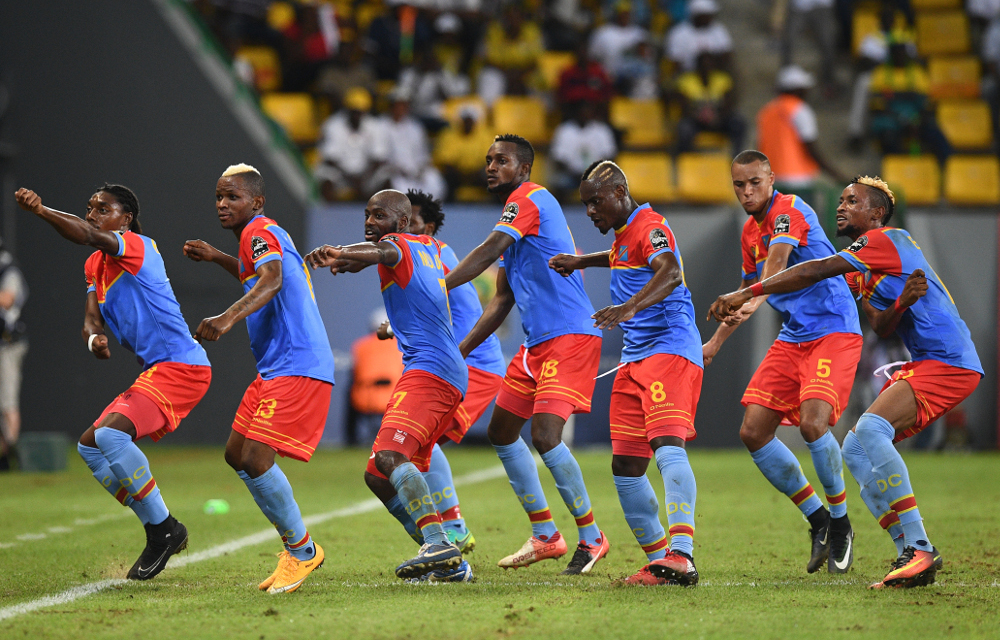 Democratic Republic of Cong players celebrate by dancing the fimbu following their third goal during the 2017 Africa Cup of Nations group C football match between Togo and DR Congo in Port-Gentil, Gabon

Democratic Republic of Congo’s footballers will be forever remembered by Africa Cup of Nations fans (Afcon) in 2017 for their dance moves on the pitch.

DRC players danced the “fimbu” seven times at the Afcon 2017 tournament in Gabon, once for each goal scored, as their supporters in the stands cheered with delight.

After each goal, the players would gather side by side, hold their left arm up and wave their right as they moved down the pitch in unison.

The move is based on a much more elaborate dance accompanying the Congolese pop hit “Fimbu” by Felix Wazeka, which in a light-hearted music video with over 500 000 views on YouTube is performed by dozens of men and women in colourful dress.

The dance seems to be spreading around the world, with French player Blaise Matuidi of Paris Saint Germain and Cedric Bakambu, who plays for Spain’s Villareal, doing the “Fimbu” to celebrate their goals.