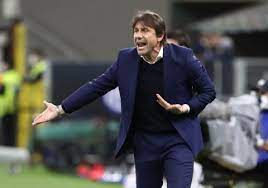 Chelsea took a big step towards Wembley as they beat Tottenham 2-0 in the first leg of their Carabao Cup semi-final.

Kai Havertz struck early for the Blues and a Ben Davies own goal doubled their lead for the first leg victory.

Spurs now face an uphill battle to overturn the deficit at home in the second leg next Wednesday, January 12th, 2022 night, while Chelsea and Thomas Tuchel will feel supremely confident of reaching the final of a competition they last won in 2015.

Chelsea’s Thomas Tuchel: “It seems like a deserved win and it’s an excellent result as it reflects the game. We could’ve scored even more but this is football and it’s hard to score against a team like Tottenham, it’s hard to even create chances but we did create a lot in the second half – some huge chances so it could’ve been possible to score more so that’s the downside of it.

Tottenham’s Antonio Conte: “It was a difficult game, from the start. Chelsea showed they were much better than us. In the first half, we struggled a lot but we know that we’re talking about one of the best teams in Europe and in the world.

“Last year, they won the Champions League and if you compare the two teams I think there’s not a comparison. We’re talking about a team that’s ready to win and they’ve played an important part over many years. Today, we have seen the difference between the two teams.”