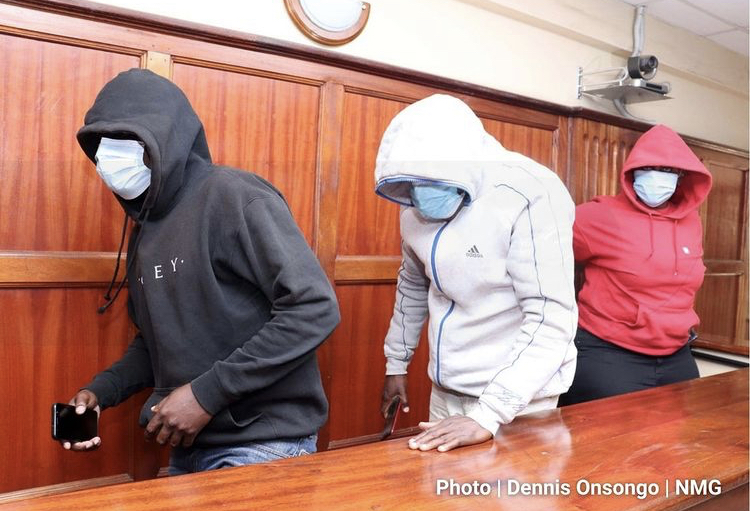 The trio who were on duty when self-confessed child serial killer Masten Wanjala escaped from custody have been freed on a Sh300,000 police bond or cash bail of Sh150,000 each.

While appearing before Principal Magistrate Bernard Ochoi they however denied the two charges of aiding Wanjala to escape and negligence while on official duty.

The officers were accused that on the night of October 12 and 13, 2021, at Jogoo Road Police Station within Nairobi County, jointly aided Wanjala to escape from lawful custody.

Wanjala 20, was arrested in mid-July in connection with the murders of at least ten children and was to be arraigned on October 13, the morning he was discovered missing from the police cells.

It is suspected Wanjala walked out of custody at 9 pm on Tuesday alongside persons arrested for violating Covid-19 rules.

Two days later, Wanjala was lynched by a mob at Mukhweya village in Bungoma county.

Wanjala had tried to sneak himself at his parent’s home but was spotted by neighbors who raised alarm before strangling him.

Following his escape, the officers were arrested at detained at Capitol Hill Police station.

They appeared in court for plea-taking before Principal Magistrate Ochoi.