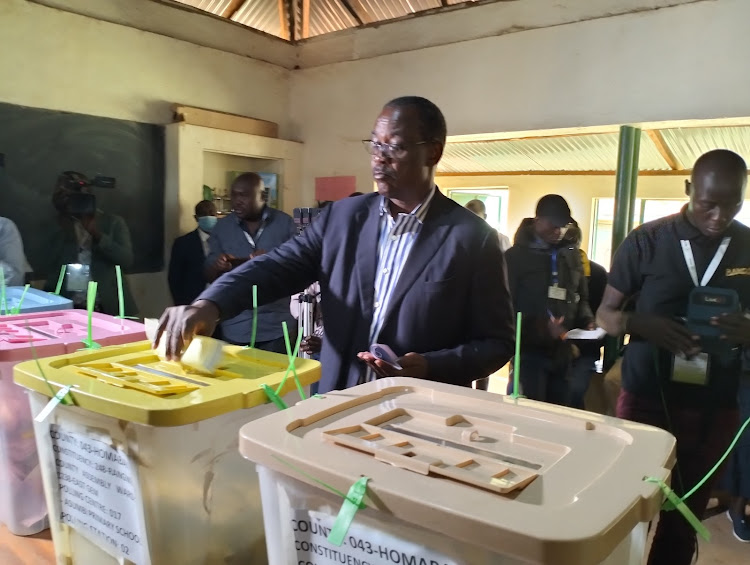 The High Court has ordered a recount of votes in the Homa Bay gubernatorial contest held in the August 9th election.

The order follows a suit by former Nairobi Governor Dr Evans Kidero who is seeking to nullify Homa Bay Governor Gladys Wanga’s victory on claims that the polls in the county were marred with massive irregularities, voter bribery, swapping of results, voter suppression and voter manipulation that compromised its integrity.

The recount of votes and scrutiny shall be carried out in the seven constituencies namely Kasipul, Rangwe, Suba South, Kabondo Kasipul, Ndhiwa, Suba North and Homa Bay town.

Justice Roselyne Aburili issued the directive noting that Kidero had proved a prima facie case to warrant the recount of votes and scrutiny of forms 37As,37Bs and 37C in the seven constituencies he had cited electoral malpractices after it emerged that Independent Electoral and Boundaries Commission (IEBC) recorded disparities in the figures from the constituencies in the county.

“I find that the petitioners (Kidero and his deputy Elijah Odondi) have laid a prima facie and sufficient basis to warrant scrutiny and recount. I find that the petitioners have laid a sound basis to the effect that Forms 37 A, Forms 37B and Form 37C should be scrutinized. Likewise, the scrutiny and verification of the KIEMs kits data used in the August 9, 2022 gubernatorial election in HomaBay County,” ordered Judge Aburili.

The judge ordered the recounting exercise to be carried out under the direct supervision of the Deputy Registrar of Homa Bay High Court in the presence of each of the parties’ four agents led by the IEBC officials.

“A report thereto shall be filed by the Deputy Registrar as soon as possible and parties shall be allowed to submit on the same finding during the hearing of the main petition,” Justice Aburili ordered.