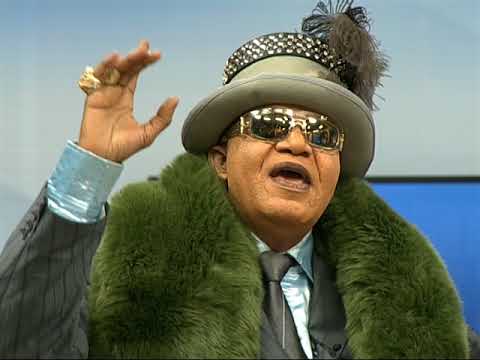 The musician aged 62 died on Monday, December 27th, 2021 evening in Douala, Cameroon, where he had gone to perform over the festive period.

According to reports. Defao died at Laquintinie Hospital where he was rushed in critical condition.

It is reported that three days ago, the Congolese crooner retired to his room after a performance but after his absence and whereabouts not known raised alarm forcing the police to break his hotel room door before rushing him to hospital.

His family, while confirming his demise, said his health was in decline although the exact cause of his death is not yet known.

He quickly became famed for his beautiful voice, elegant look and for being a very good dancer despite his large frame.

The young Defao began his career after joining the Grand Zaϊko Wawa orchestra led by guitarist Pépé Felly Manuaku in 1981.

In 1991, he founded Big Stars Orchestra, after which Defao multiplied his performances and albums.

Around the year 2000, Big Stars Orchestra ran into serious difficulties. With its musicians scattered all over the world, General Defao withdrew to Africa, specifically to Kenya.

A successful star in the 1990s, General Defao had left his country in the early 2000s to settle in Kenya where some said he was in political exile.

Upon returning to the DRC in August 2019, the singer denied that his absence from the country for more than 15 years was politically-related.

But according to some Congolese observers, the singer was very opposed to former president Joseph Kabila.

Later, upon returning to the DRC, he attempted to relaunch his musical career and had been performing across the region.