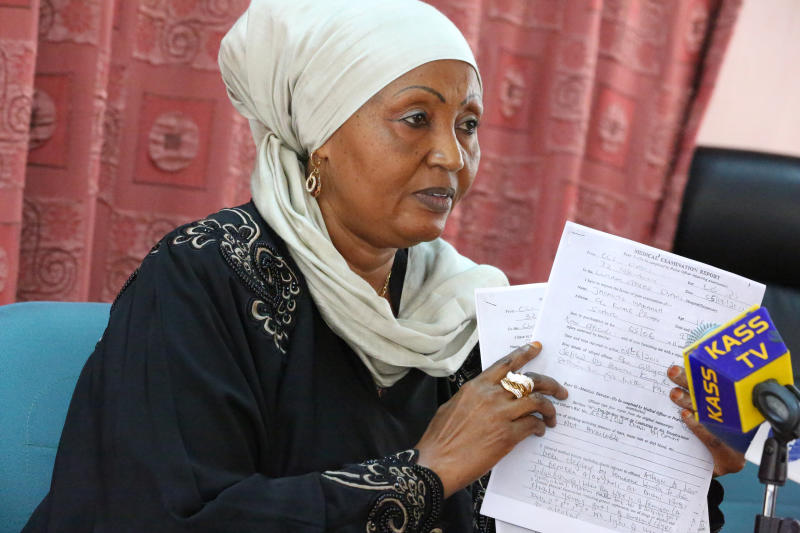 Chidzuga was reportedly hospitalised for two weeks over heart complications as a result of contracting the coronavirus.

Her daughter, Mwanaisha Chidzuga a journalist, said she had suffered from cornavirus and recovered, then developed breathing complications later.

Ms Chidzuga was elected the first Kwale woman rep on an ODM ticket and served for only one term.

The family is seeking to raise a Ksh.2 million hospital bill accrued when Chidzuga was in the Intensive Care Unit (ICU).

President Uhuru Kenyatta eulogised Ms Chidzuga as a steadfast leader and an astute grassroots mobiliser who helped uplift the welfare of women in Kwale County and across the country through her many initiatives.

“I have received the sad news of the passing away of Hon Zainab Chidzuga with a heavy heart. The ugly hand of death has robbed our country of a highly influential grassroots mobiliser and a leader who was a role model to many women.

Chidzuga served as the Maendeleo ya Wanawake Chairperson in the 1990s before becoming the first Kwale Woman Representative in 2013; a seat she won on an ODM ticket.

In 2017, she joined the Jubilee Party and lost the seat to current Kwale Woman Representative Zuleikha Hassan who flew the ODM party flag.

She was then appointed to serve various State boards by President Uhuru Kenyatta, who during the last year’s Mashujaa Day Celebrations awarded her with a Head of State Commendation.