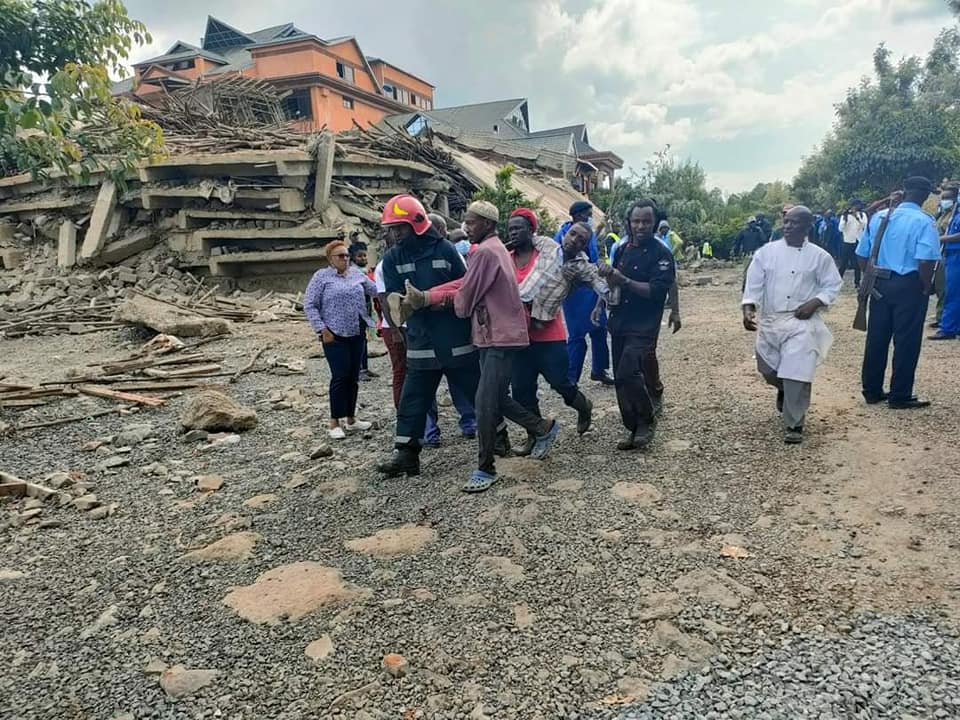 The number of bodies that have been retrieved from a four-story building that collapsed at Sunstar Hotel in Gatanga, Murang’a County reached six on Sunday, December 19, 2021.

Roads and Infrastructure Cabinet Secretary James Macharia said one person died in hospital while being attended to bringing to six the number of deaths from the Friday accident.

Five other bodies had been removed from the scene. Three people are however, yet to be accounted for, police said.

Macharia said they expect the operations to be completed by the end of business on Sunday.

A search for more is ongoing.

The building was under construction when it collapsed on Friday, December 17th, 2021 prompting a rescue mission.

The CS said authorities are searching for all personnel involved in construction of the building.

They will face various charges in court.

“We will not want to have a recurrence of this kind of incident because it negates all the good work which has been done.”

“Developers must be clear that they are doing investment in a safe environment,” Macharia said.

He said a building adjacent to the collapsed hotel was also under construction but has been condemned and will be demolished.