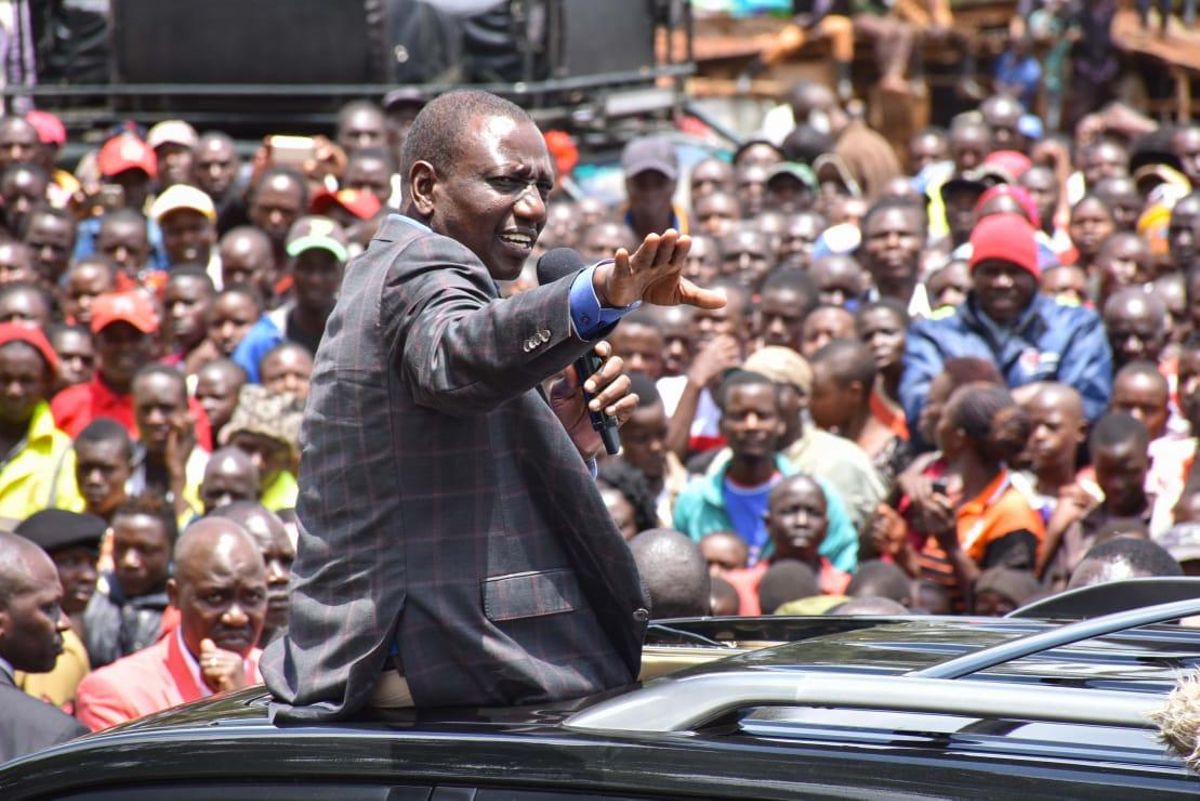 With exactly eight months to the 2022 general elections Deputy President (DP) William Ruto has began the year by lining up a series of presidential campaign rallies in eight counties in the first week of January.

The DP who will be running on a United Democratic Alliance (UDA) started his New Year campaign on Monday in Trans Nzoia. He addressed huge rallies at 10 different stops.

On Tuesday, January 4th, 2022, Ruto’s entourage will head to Kakamega county where he will address a number of rallies. On Wednesday he will be in Bungoma.

This will be the second time Ruto will be invading Kakamega, having visited the vote-rich county on Saturday when he attended the Cleo Malala tournament at Mumias Complex Stadium.

According to an itinerary seen by the Kenyaonlinenews.com, the DP will on Thursday, January 6th, 2022 take his campaigns to Busia county.

From Busia, Ruto’s entourage will sweep through West Pokot and Elgeyo Marakwet counties on Friday as he escalates his campaigns in the race to succeed his boss President Uhuru Kenyatta.

On Saturday, Ruto will hold a big rally in Eldoret followed by another series of engagements in Bomet on Monday as he ends his first week of 2022.

He will return to the Orange Democratic Movement (ODM) and opposition leader Raila Odinga’s Migori backyard on Sunday, January 9th, 2022 to woo residents to back his presidential bid.

In Migori, DP Ruto will camp in Kuria subcounty, an area that has been restive as the rest of Nyanza region votes for Raila.

Kuria is one of the areas that resisted the strong ODM wave in 2013 and elected a Jubilee candidate when the whole region was painted Orange.