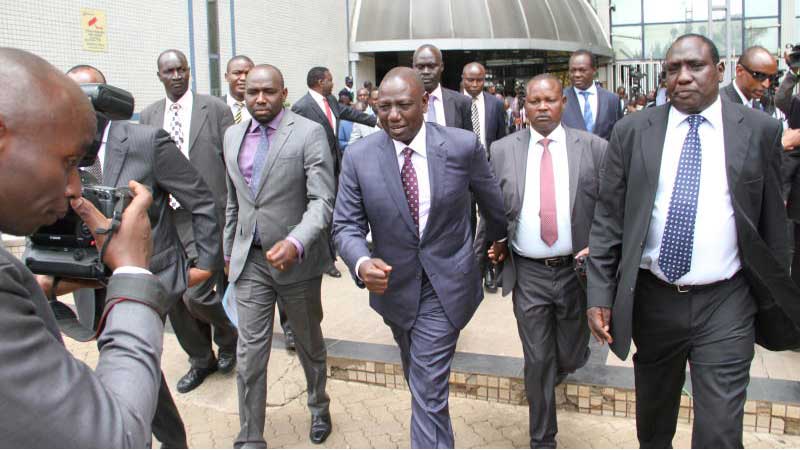 Members of Parliament allied to Deputy President William Ruto walked out during Justice and a parliamentary Justice and Legal Affairs Committee (JLAC) meeting on Tuesday, December 28, 2021.

The pro-Ruto team, led by Garissa Township MP Aden Duale, demanded the exclusion of Ann Nderitu, the Registrar of Political Parties, from the session convened to harmonise proposals to the Political Parties (Amendment) Bill, 2021.

Other lawmakers who walked out of the session are Kandara MP Alice Wahome, Kimani Ichung’wah (Kikuyu) and Didmus Barasa (Kimilili).

The Justice and Legal Affairs Committee (JLAC) had convened to deliberate on harmonising at least 17 proposals suggested to the Bill ahead of Wednesday’s special sitting.

Duale, Wahome, Ichung’wah and Barasa described the JLAC session as “kangaroo” before storming out.

Pro-Uhuru Kenyatta and Raila Odinga teams said the four were out to frustrate the process of amending political parties laws.

Last week, the National Assembly Deputy Speaker Moses Cheboi deferred debate on the Bill to allow JLAC harmonise all proposed amendments before the Bill can be resubmitted to the whole House for subsequent action.

The Bill had passed the Second Reading stage.

Majority Leader in the National Assembly, Amos Kimunya, had requested for a special session for MPs to vote on the contested Bill.

As a result, on December 23, the National Assembly Speaker convened a special sitting for Wednesday, December 29.

Debate on the Bill, which seeks to, among other things, allow registration of coalition political parties, was prematurely adjourned last Wednesday after it emerged there were several amendments to the legislation, that were yet to be harmonised with the original draft.