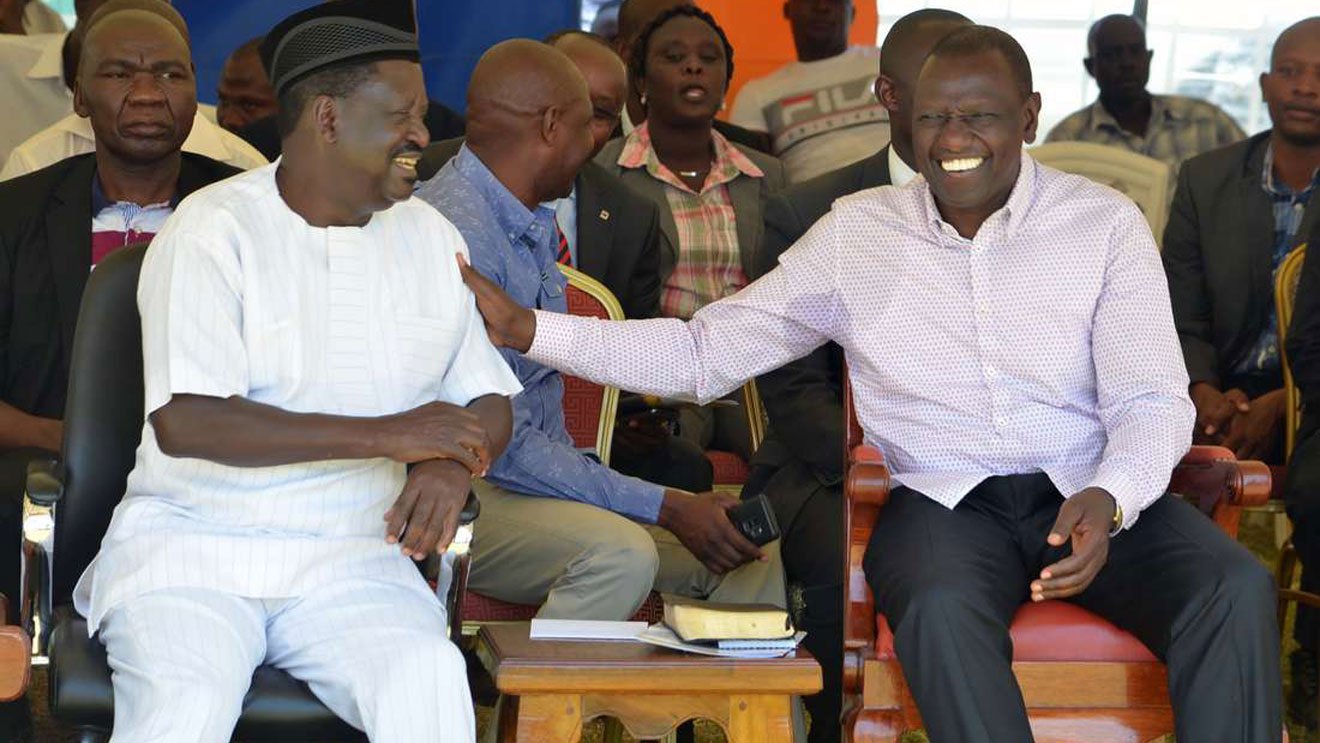 Ruto took to his official Twitter account to wish his 2022 presidential race rival who turned 77 today a happy birthday.

Unlike in his political rallies where he refers to Raila as mtu wa kitendawili [a man of riddles], Ruto addressed Raila as Jakom, a respectful title used among the Luo to informally refer to people who enjoy prominence in social, political or economic settings.

Muthama, a former Raila ally who ditched Raila’s 2017 presidential vehicle for the National Super Alliance (NASA) for UDA posted a picture of him with the ODM leader and wished him a happy birthday.

“Happy Birthday Jakom. The Hustler Nation wishes you good health as you celebrate your special day,” Muthama wrote on his Twitter.