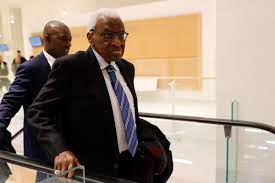 “He died at home around 2 a.m. of a natural death,” his son, Papa Massata Diack, told Reuters.

Diack was president of the world governing athletics body from 1999 to 2015. In September 2020, he was found guilty of soliciting millions of Euros from athletes to cover up doping test results that enabled them to continue competing.

A court in France also found that he paid off other IAAF officials as part of the cover-up.

Diack was convicted along with five others, including his son in the year 2020. He was sentenced to four years in jail, with two of them suspended. However, he was granted house arrest before being given bail and returning to Senegal.