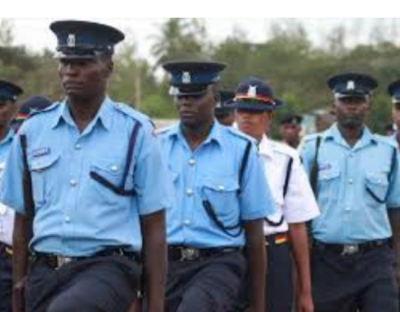 It was a moment of joy and happiness for the Kenya police security forces as they celebrated their new football club that was officially unveiled on Sunday 21 November 2021 In Eldoret, Uasin Gishu county.

The club is officially registered by the Football Kenya Federation(FKF) and will be competing in the regional league known as Division One before being promoted to Kenya Premier League (KPL).

“We are happy that today we have unveiled our new football club called Eldoret Police FC and it is our hope that we shall reach up there and compete with other clubs in the Kenya Premier League,” said Eldoret Central Police Commander.

The Football club went to the streets of Eldoret where some Boda Boda guys and other residents joined in the celebration.

“We shall ensure that we win the Division One league to get promoted to KPL level,” said Otieno, CPL.