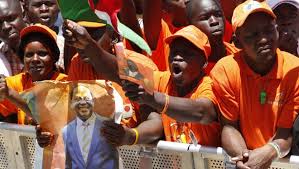 The campaign period for the upcoming General Election in Kenya will start on Sunday, May 29,

Campaigns will run from 7.00 am to 6.00 pm for the said dates, the Independent Electoral and Boundaries Commission (IEBC) has said.

The Commission has also gazetted August 9, 2022, as the official date of the General Election, along with tentative dates and time for party primaries, as stipulated under the Elections Act, 2011.

Political parties fielding presidential candidates in the August 9 polls are required to submit names of interested individuals for nomination by April 9, 2022.

Party nominations will be held on April 30.

“Political parties shall submit the party membership lists to the Commission on or before Saturday, April 9, 2022,” the electoral agency noted.

Further, a political party intending to present a presidential candidate through direct nominations is required to submit their name to the Commission on or before Thursday, April 28.

Presidential aspirants intending to run on an independent candidate will not be members of any registered political party by Monday, May 2, 2022.

They are also required to submit their names and symbols on or before May 2.

“The Commission shall publish in the Gazette, the names and symbols of persons intending to contest in the election as independent candidates at least fourteen days before the nomination day being on or before Friday, May 13, 2022.”

Public and State officers intending to contest in the August polls shall resign from office within six months before the date of the General Election, [by February 9].

Nominations for presidential candidates in political parties and those running independently will take place from May 29 to Monday, June 6. “The nomination papers shall be delivered by the candidates, to the IEBC Chair Wafula Chebukati between 8.00 am and 4.00 pm at a place designated by the Commission,” the agency stated.