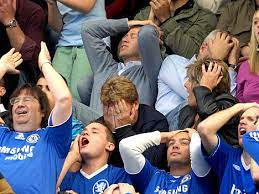 After collecting the ball wide on the left with three minutes remaining, Masuaku’s attempted delivery took Mendy by surprise and flew in at the near post to spark jubilant scenes among Hammers supporters.

The win consolidated West Ham’s place in the top four and means they have now beaten Chelsea and Liverpool, two of the three teams above them this season.

Thiago Silva broke the deadlock for Chelsea in the first half, heading Mason Mount’s corner past Lukasz Fabianski via the inside of the post.

Chelsea regained their advantage in spectacular fashion, Mount sending a superb side-footed volley into the corner from Hakim Ziyech’s low cross for his second goal in two games.

Bowen’s low drive from the edge of the area restored parity once more before Masuaku’s remarkable late winner.