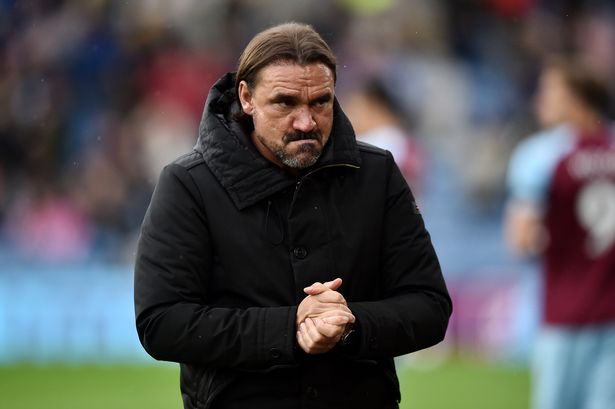 Farke was sacked after The Canaries claimed their Premier League season win 2-1 at Brentford, but remain bottom of the Premier League with five points from 11 games.

Farke had led Norwich to promotion from the Championship twice since 2017.

“We feel now is the right time for a change to give ourselves the best opportunity of retaining our Premier League status,” said sporting director Stuart Webber.

The German was Norwich manager for 208 games in total, winning 87 of them.

He took over in 2017, leading the Canaries to the Championship title in his second season.

They were relegated after one campaign in the Premier League, but bounced straight back as champions last season.

But he has the fourth worst record of all Premier League managers to have taken charge of 20 games or more – winning just six of his 49 top-flight games.

Former Norwich striker Chris Sutton told BBC Radio 5 Live: “I think if Norwich have to make a change, they have to make it now to give themselves a chance.

“I think Farke’s done a fantastic job, Norwich backed his model, they gave him a four-year deal in the summer.

“This must have been in the thought process for a while. We don’t like to see people sacked, but Norwich City want the best chance to be in the Premier League.

“You look at teams like Brentford, they’re competitive. Norwich haven’t been.”