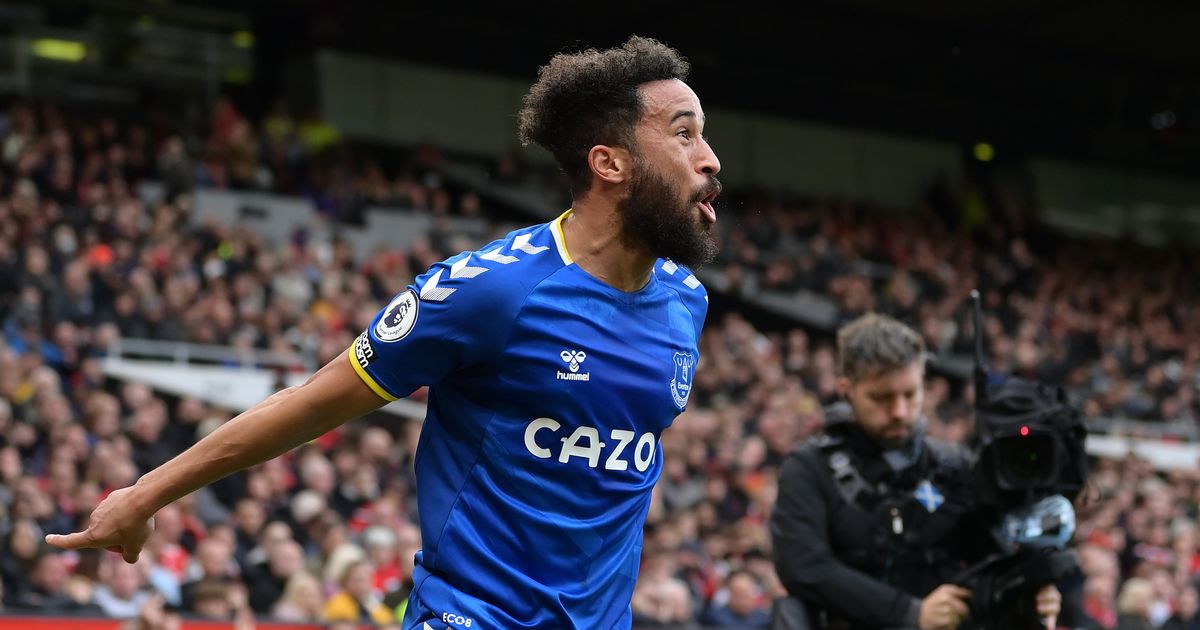 A second-half equalizer by Andros Townsend earned Everton a point against Manchester United at Old Trafford on Saturday, October 2nd, 2021.

Rafael Benitez’s men fell behind just before the break as Anthony Martial scored for the first time since February.

But Demarai Gray escaped the attentions of Fred and Aaron Wan-Bissaka as Everton countered from a United corner, setting up the attack which ended with Townsend driving a low shot into the corner from Abdoulaye Doucoure’s lay-off.

Townsend celebrated in Cristiano Ronaldo-esque fashion. It was more than the man himself managed.

Everton thought they had a winner four minutes from time but VAR intervened to rule Yerry Mina’s tap-in out for offside.

The result completes a decidedly unimpressive run of home results for Ole Gunnar Solskjaer’s team, who lost against Aston Villa seven days ago after being dumped out of the EFL Cup by West Ham.