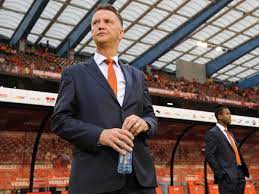 The Netherlands had to come from behind to draw with Norway in the qualifier played at Ullevaal Stadion in Oslo on Wednesday, September 1st, 2021.

Haaland almost won the game but hit the post in the second half.

Group G is the closest in 2022 World Cup qualifying.

Turkey lead the group on eight points, with the Netherlands, Montenegro and Norway all on seven points.
Risto Radunovic scored a 97th-minute equaliser for Montenegro against Turkey as they drew 2-2.