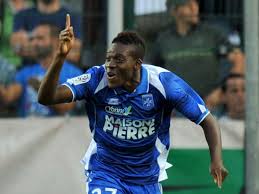 Kenya’s Tusker FC picked up a crucial away goal as they played to a 1-1 draw against Djibouti side Arta Solar 7 in the first leg of the TotalEnergies CAF Champions League preliminary round tie in Djibouti City on Saturday, September 11th, 2021.

Former French Ligue champions AS Monaco and Burkina Faso international Alain Traore scored the equalizer for the Djiboutian debutants just two minutes after Tanzanian Joshua Ibrahim had given the visitors the lead.

Ibrahim signed from Tanzanian outfit Ken Gold gave Tusker the lead after 14 minutes when he ran on to a long ball before unleashing a left foot volley into the bottom left corner leaving the keeper rooted to his spot.

But, the home side responded on the restart. Traore was brought down on the box by signed from Tanzania Premier League side Namungo FC Kalos Kirenge.

Traore took the resultant freekick, swinging it beyond the wall and past keeper Rwanda’s national team goalkeeper Emery Mvuyekure joining Tusker from AS Kigali.

The introduction of former West Ham striker Diafra Sakho added some punch in attack. He almost scored five minutes atter coming on when he took on a run on the right, but under pressure from Kalos KIrenge, he shot wide.