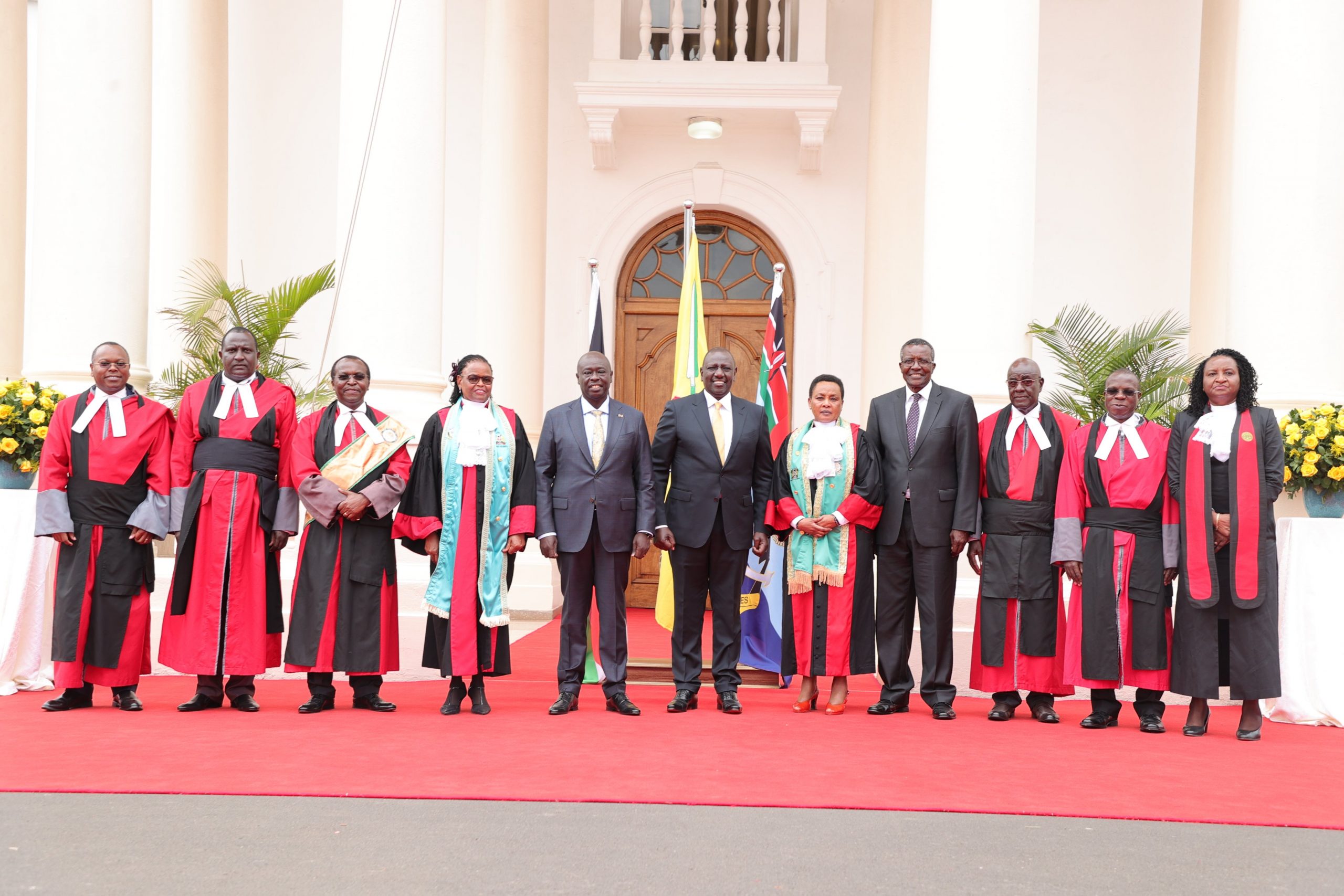 Ex-President Uhuru Rejects Sworn in as Judges at State House

Six judges that were previously rejected by former president Uhuru Kenyatta were finally sworn in the Court of Appeal Judges on Wednesday, September 14, 2022 at State House in Nairobi.

The judges who have been serving in the High Court and have now been promoted to the Court of Appeal include Korir Weldon Kipyegon, Muchelule Aggrey Otsyula, Odunga George Vincent, and Prof. Joel Mwaura Ngugi.

Others are Makori Evans Kiago and Cheruiyot Omange Judith Elizabeth who have been appointed to Environment and Land Court.

Justice Muchelule was the first to take oath of office as administered by Judiciary Chief Registrar Anne Amadi. He was then followed by Justices Korir, Prof Ngugi and Odunga. Mr Makori and Ms Omange then took oath as judges of the Environment and Lands Court.

“Congratulations to the new judges that have been sworn in. You have my very best wishes as you engage in your mandate and responsibilities as you serve Kenyans,” President Dr William Ruto said.

“The judges have waited for too long than it should have been but all is well that ends well,” he added.