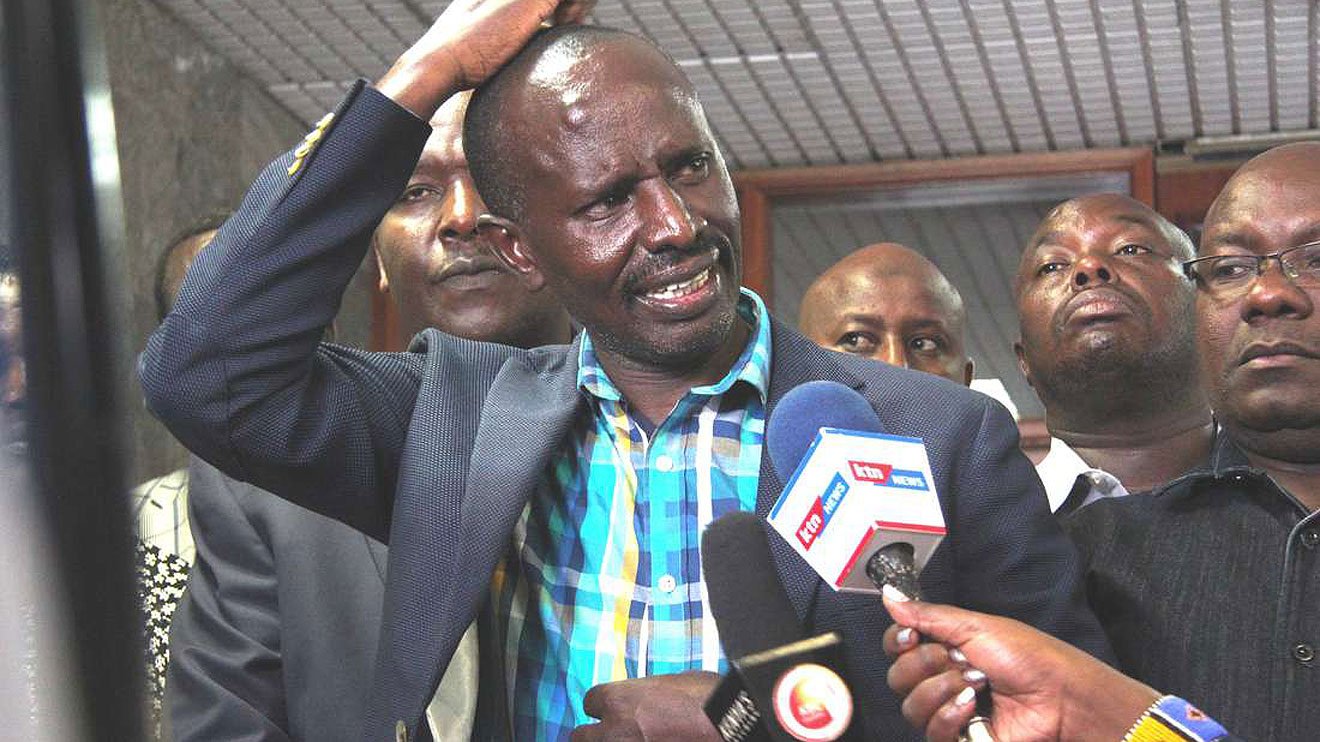 While on the campaign trail in Bomet Town at 6pm on Friday, Sossion’s vehicle was stoned by rowdy youth. The former trade unionist was with nominated Member of Parliament David Sankok during the incident. Both lawmakers escaped the attack unscathed.

However, the windows of Sossion’s vehicle, a Toyota Land Cruiser Prado, were shattered during the incident. A group of youth chanting Bomet Senator Christopher Langat’s name were linked to the attack.

Sossion said he won’t report the matter to the police, claiming his opponents were engaging in sideshows to derail his campaigns.

Senator Langat distanced himself from the attack on Sossion’s convoy, saying he was “not the type of person to stage violent protests against my political opponents”.

“Police should expedite investigations into the attack on Sossion’s convoy and bring the perpetrators to book,” he said.

Sossion has expressed interest in the Bomet senatorial seat in the 2022 General Election.

The former Kenya National Union of Teachers (KNUT) Secretary-General will face off against the incumbent Dr. Christopher Langat in the polls. Both are eyeing the legislative seat on a United Democratic Alliance (UDA) ticket.

Langat and Sossion have been traversing the county in early campaigns.