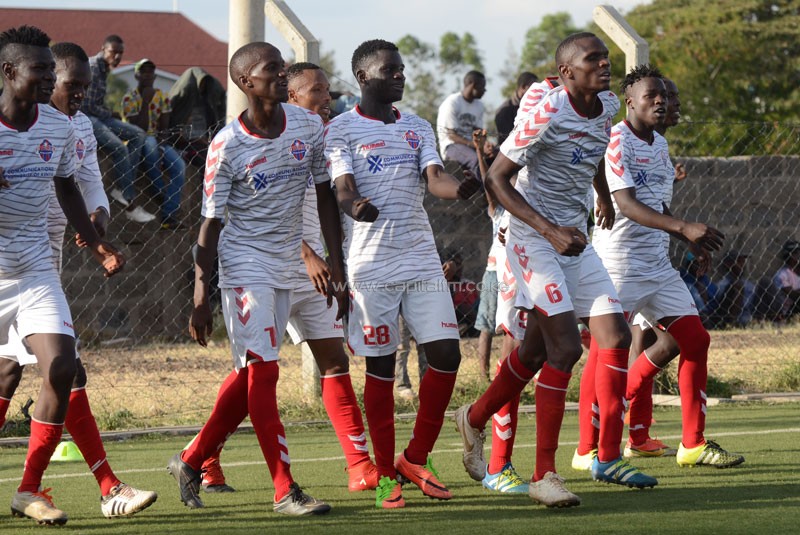 FC Talanta To Be Crowned BNSL Champions on Sunday

The final matches of Kenya’s 2nd tier league is set to played on Sunday with Talanta getting crowned champions after a season that was marred with irregular play due to the pandemic.

The new BNSL champions will receive their medals and trophy on Sunday after their final match against Gusii United.

Talanta under the tutelage of Ken Kenyatta has been phenomenal this season gaining promotion with 3 games to go a rare of its kind in the the second tier league.

Kenyatta previously with the defunct Ushuru FC has been on a mission wanting to have to his name printed in the history books of Kenyan football books.

Going into relegation with Ushuru the coach didn’t jump ship trying to join another team in the KPL but stuck with Ushuru trying to bring them back into the KPL, twice being unlucky after failing to win the playoffs before Ushuru finally got disbanded by its parent owner the Kenya Revenue Authority.

Tomorrow’s game against Gusii United at the GEMS Cambridge Grounds will be a dead-rubber match for the ministry of sports funded super league side gaining promotion for the first time since they were founded in 2012.

Talanta managed to amass 69 points with a game to go.

Kenya Police and Vihiga Bullets will battle it out for the second spot and third spot respectively, the team finishing third will have to battle it out with Vihiga United in the playoffs.

The playoffs date will be announced later after the final match.