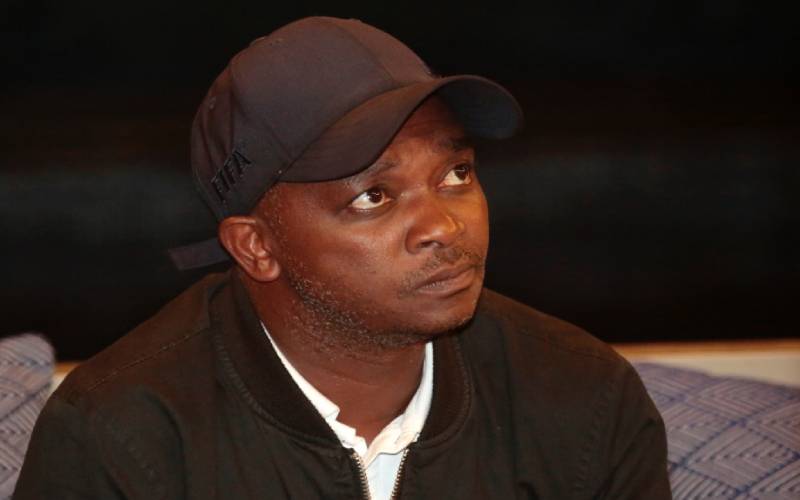 Mwendwa is currently at the Directorate of Criminal Investigations headquarters along Kiambu road where he is being grilled by detectives, the National Police Service spokesperson Bruno Shioso has confirmed.

“He (Nick Mwendwa) is at Mazingira House where our detectives are interrogating him. We shall release a statement later,” Shioso said.

Sources indicate Mwendwa was picked up on Friday, November 12th, 2021 by six men in civilian clothes at a Nairobi hotel in the upmarket Milimani estate where he was meeting Kenya’s national football players in preparation for the 2022 World Cup qualifiers against Rwanda.

This comes a day after Sports Cabinet Secretary Amina Mohamed disbanded the federation and formed a 15-member caretaker committee.

World football governing body, Fifa, expressed concerns over a move by the government to disband the federation and install a caretaker committee to manage the game on an interim basis.

A letter by Kenny Jean Marie, Fifa’s Head of member associations, addressed to FKF general secretary Barry Otieno has, however, appeared to indicate the sport’s world governing body is ready to mediate an impasse between Sports Cabinet Secretary Amina Mohamed and FKF officials, led by Mwendwa.

“We would like to express our concern in light of the aforementioned decision by the Cabinet Secretary,” the letter says.

“Therefore we kindly ask you to inform the Cabinet Secretary that in the event her decision to appoint a Caretaker Committee and correlated secretariat was to be upheld, we will have no option other than present the matter to the Bureau of Fifa Council for consideration and decision.”