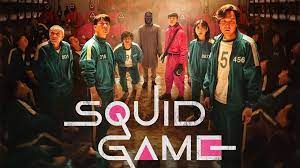 The Kenya Film Classification Board (KFCB) has raised concerns over the negative influence of popular TV series Squid Game on young Children.

The series which was released in September 2021, has gained a lot of popularity with more than 100 million views across the globe.

KFCB has issued advisory to parents, guardians and caregivers over the risk that Squid game may expose to children under 18 years old.

Netflix has self rated the TV series with notes for suicide, violence and sex to warn its viewers that the content maybe disturbing.

Speaking to the media KFCB acting CEO Christopher Wambua said the series had some gory scenes that have been shared on social media platforms that can easily be accessed by children.

“The Board has noted with concern that some of the gory scenes of the series have been copied and pasted onto others online streaming platforms, including YouTube, Instagram and Tiktok.This development has made content unsuitable for children become readily available.This is regrettable as it is also a contravention of the intellectual property rights of the owners of the content,” said Wambua.

KFCB has therefore warned parents to be more vigilant in monitoring the content their children are consuming on media platforms.

KFCB has also partnered with Netflix to roll out a joint sensitisation programme to educate parents, teachers and care givers on the available safeguards on the Netflix platform.

Netflix has developed educational materials that will guide members of the public on how to use parental controls. The materials will be shared on KFCB communications channels where the public can access them.