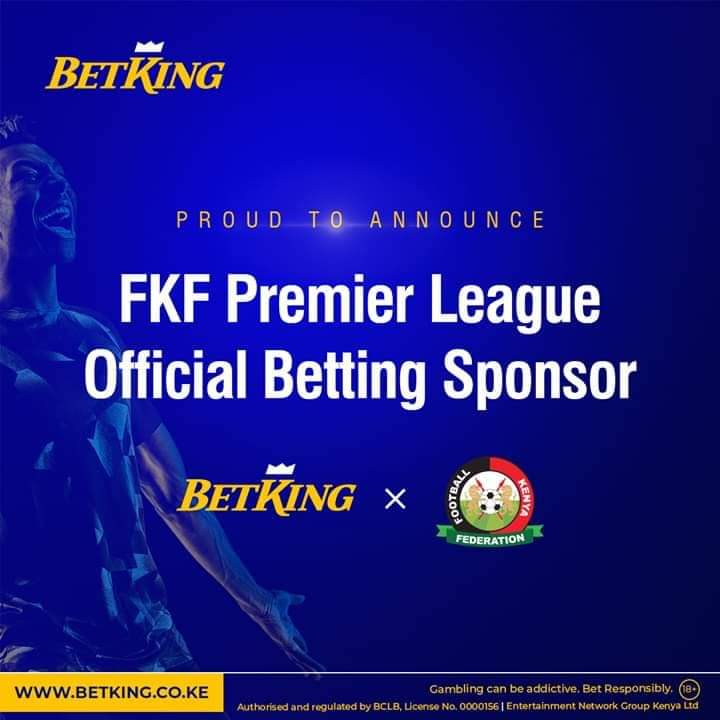 Gaming firm Betking and Footbal Kenya Federation have this afternoon announced the end of their partnership in regards to football sponsorship in the country.

Betking had earlier on at the begining of the season announced the a five year partnership between them and the federation in an obligation to sponsor the league and division one league.

“The Football Kenya Federation (FKF) and BETKING Kenya jointly announces that we have reached a mutual agreement to terminate our existing sponsorship contracts for the BetKing Premier League (BKPL) and BetKing Division One League. FKF and BETKING will explore other ways in which we can collaborate in the future.” Read part of the statement.

However both parties were full of kind words for each other even as they announced the end of their shortlived marriage that has been marked by constant wrangles from big players within the league.

“Unreservedly, FKF confirms that the support received from BETKING has played a crucial part in fostering the growth of the local football game. FKF confirms that the support of BetKing Kenya has been immense and has helped sustain FKF’s football development programs by a considerable measure. Despite the mutual agreement to now terminate this partnership, FKF appreciates BetKing’s support and partnership over the past season.”

“BetKing Kenya equally appreciates the opportunity to sponsor the leagues in line with BetKing’s brand mission. BetKing remains committed to participating in the growth of Kenya’s sporting talents particularly at the grassroots levels through solid and long-term partnerships.”

The league shall now be known as the FKF Premier League.