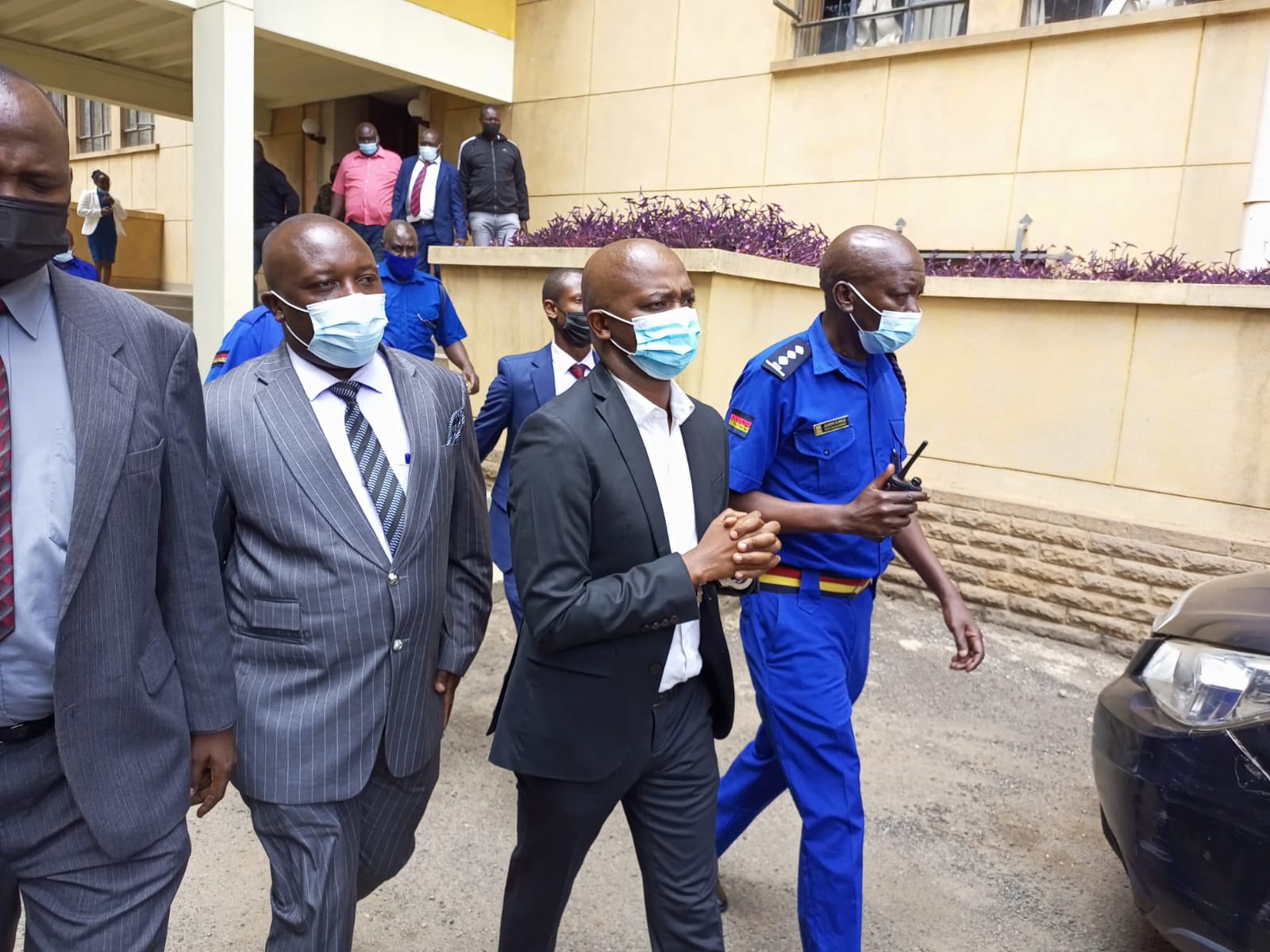 Milimani Senior Principal Magistrate Wandia Nyamu granted Mr Mwendwa who spent the weekend behind bars after his arrest on Friday,a bond of Sh7 million with two sureties or alternatively deposit a cash bail of Sh4 million with two contact persons.

The bail conditions set by the judge at a court in Nairobi dealing with corruption cases also stipulated that Mwendwa cannot access the FKF offices, talk to staff, attend football matches or conduct media interviews.

However, he did not walk back to his office at Kadanda house at Kasarani stadium, Nairobi after the Anti-Corruption Court ordered him to keep off the premises.

As a condition of his temporary release from police custody, the magistrate directed Mr Mwendwa not to address media or attend to any football activities.

Apart from being warned against setting foot at his office, the embattled president was also directed not to contact or talk to any of FKF’s employees.

The magistrate imposed the conditions following an application by the Director of Public Prosecutions (DPP) seeking Mwendwa’s detention for 14 days to allow conclusion of the investigations.

Through State Counsel Evalyne Onunga, Mr Mwendwa is being investigated over fraudulent acquisition of public property.

She denied that Mr Mwendwa’s detention was illegal and in contravention of his fundamental rights.

“He was the president of FKF and was in the management and critical to public funds provided by government. The funds are for usage in interest of public football games. Being president he was in position of authourity and influence,” said Ms Onunga.

In urging court to allow incarceration of the embattled officer, Ms Onunga added that there is real apprehension he is likely to interfere with witnesses, influence or intimidate them.

The court heard that there are documents of interest to the ongoing investigations which are in Mwendwa’s custody.

But the defence team composed of nine lawyers led by veteran lawyer Dr John Khaminwa and former Law Society of Kenya (LSK) president Erick Mutua said there were no compelling reasons to allow the detention.

Other defence lawyers, Dr Khaminwa and Prof Tom Ojienda, stated that the caretaker committee cannot transact the affairs of FKF.

The lawyers said Mr Mwendwa’s arrest on Friday was in bad faith and his detention at Gigiri Police Station did not meet the constitutional threshold.

The court was informed that the Prosecution had not prepared a holding charge – a document indicating the alleged offences – on Mr Mwendwa. The lawyers also questioned Sh513 million allegedly misappropriated by Mr Mwendwa. The amount quoted in the media was attributed to the police investigators.

“They misrepresented in public that police were investigating misappropriation of Sh513 million while in the court papers, they have talked about Sh8.5 million and another Sh29.5 million allegedly discovered by the Registrar of Sports,” said Mr Mutua.

“It is in bad faith for the State and police to waive to the public figures that they cannot justify, an unimaginable amount of Sh513 million yet in court, they talk of different figures,” he added.

The court heard that the State was demonising Mr Mwendwa using the huge figures when in true circumstances the figure is Sh38 million.

According to the lawyers, Mr Mwendwa’s arrest violated the Sports Act by subjecting an inspection report of FKF to police before passing it on to the federation for its comment.

“Any action that is contrary to the rules in the Act is in bad faith. The prosecution should not have acted on the report before FKF officials commented on it,” Mr Mutua said while emphasizing that the caretaker committee formed by the Sports Cabinet Secretary Amina Mohammed is illegal.

The court was also informed that FIFA has threatened to ban Kenya from participating in international matches if the government does not stop interfering with FKF’s affairs.

“Football matters are managed by private individuals recognised by the international bodies. Government has no role to play at all,” said Dr Khaminwa.

For his part, Prof Ojienda said FKF employees risk being laid off because Fifa and other bodies would withdraw funding.

The case will be mentioned on Wednesday when the court will give a detailed ruling on the Prosecution’s application to detain Mr Mwendwa for 14 days.