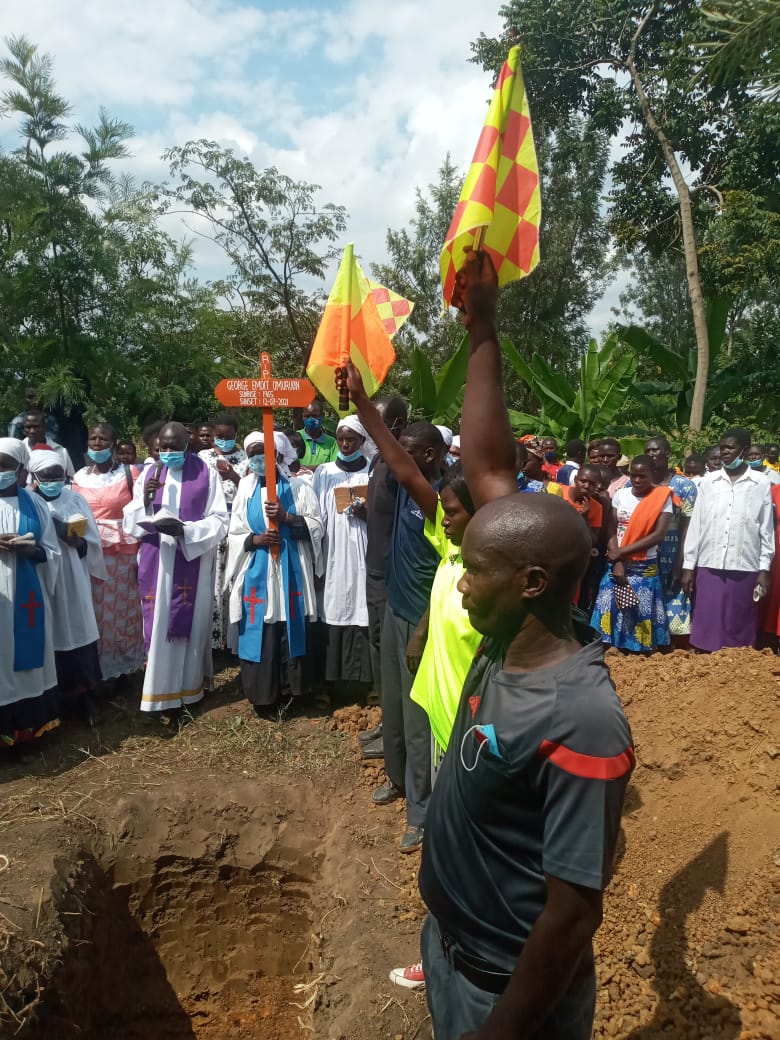 Football Kenya Federation Busia Brach will not condone indiscipline when branch and sub branches leagues resume after the suspension of sporting activities is lifted by the President in Western and Nyanza regions.

Addressing mourners during the burial of referee George Emoit in Chamasiri village, Teso North Sub County on Friday, the branch vice chairman, Michael Ikolak said the federation will take punitive measures against clubs that will defy the tenets of fairplay.

” Some teams taking part in sub county league had indiscipline cases that nearly marred the smooth running of the league. Football is meant to nurture talents which will take players far instead of causing skirmishes,” he said.

With death robbing the federation and the referees fraternity of two members from the region within a short spell, Mr who represented chairman, Hillary Musundi said they in talks to have referees and other stakeholders join an insurance scheme that will help them and their families during such sad moments.