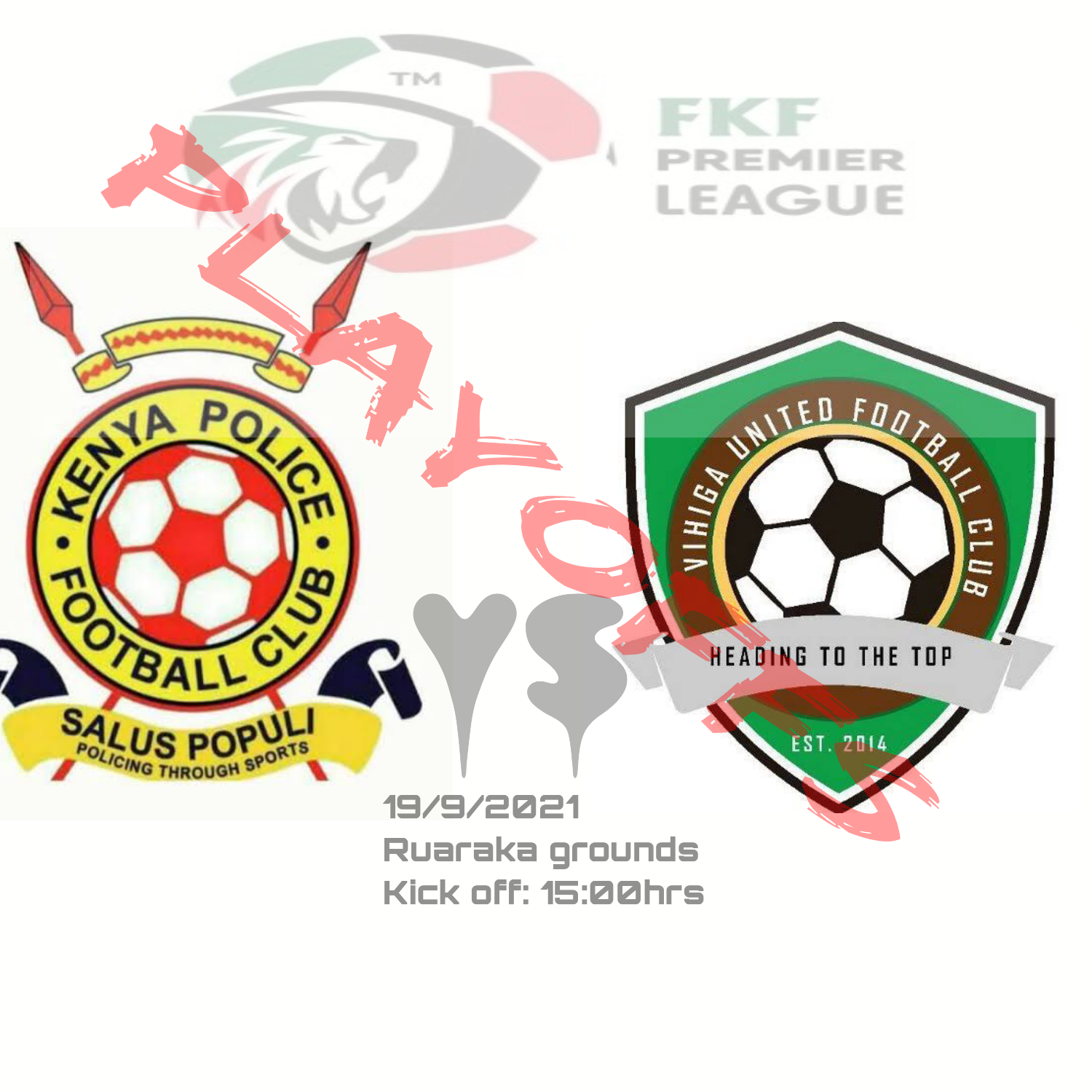 A 1-1 full-time scoreline from the first leg of the double legged showdown between Kenya police and Vihiga United, has the former holding a slim advantage over their visitors thanks to the sheer power and might of an away goal.

Having gone ahead in the ninth minute through Clinton kinanga at the mumias complex a week ago, the men in uniform were pegged back and eventually held to a 1-1 draw by Vihiga United thanks to Lesley Otieno’s 25th minute leveler.

The result sees Vihiga set for a very nervy second leg show down slated for tomorrow, the 19th of September 2021 at the Ruaraka grounds. Bobby Ogolla’s charges know all too well that a goalless draw would see them grace a maiden stint in the country’s top flight league.

on the other hand, perennial play offs participants Vihiga united know that anything short of a goal will see their stay at the table of the big boys cut short. They will be hoping for the same fate they had last November when they overturned a two goal deficit to eventually see off Kisumu Allstars in the playoffs , which ultimately guaranteed them a place in the FKF PL 2020/21 season.

Will fate smile the way of vihiga united again? And can lightning really strike the same place twice? only 90 minutes of play will tell. whoever goes through will be away to kakamega homeboyz on the 26th of September in match day one as the FKF PL makes a return after one month off season break. The other new entrants into the league Talanta fc and Vihiga bullets have their freshers’ welcome party dates with money bags, wazito fc and Bidco united, respectively.