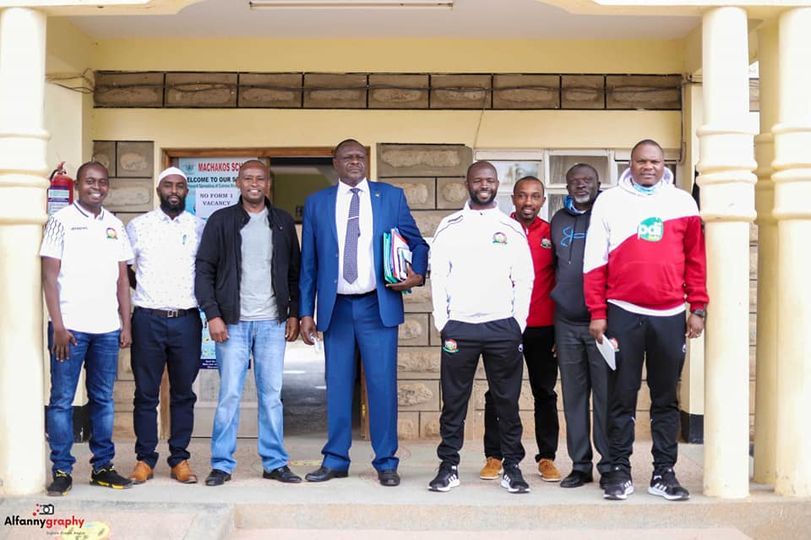 Football Kenya Federation (FKF) moved to Machakos to re-trace the footsteps and soccer roots of Kenya’s most capped and longest-serving national team captain Musa Otieno to awaken the sleeping giant to wake up and claim its place in Kenyan football.

The federation in a bid to promote its youth development program moved to Machakos to have the county claim its rightful place in Kenyan football.

Machakos is a sleeping giant wherein the school games championships have never won the Kenya Secondary Schools Sports Association (KSSSA) national football title in the history of the championships.

The youth development partnership mission was made by the federation at Machakos High School, 30 years since a school from Machakos county registered their best ever performance by reaching the finals of the school games but lost 1-0 in their backyard to Kakamega High School in 1990.