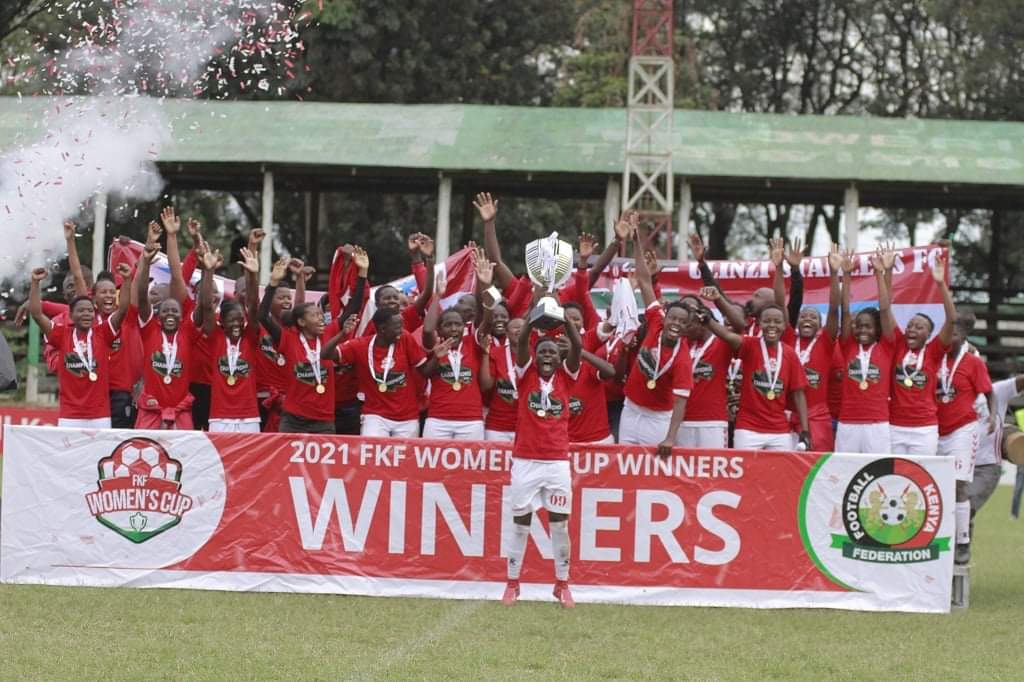 This was Starlets maiden trophy after their joined the elite league last season. Former Thika Queens striker Lucy Mukhwana opened the scores in the seventh minute with a close-range short to put the ball past Vihiga’s shot stopper Lilian Awour.

The Military side went to the breather with a 1-0 advantage but the three-time champions found the back of the net following a misunderstanding at the Ulinzi defense thanks to Topista Situma’s effort in the 64th minute.

Vihiga seemed to have picked the momentum well following that goal but luck was not at their side as Ulinzi added a second with ten minutes remaining on the clock thanks to Christine Nekesa.

In another match played at the same venue Bunyore Starlets were crowned champions of the FKF Women Division One playoff following a 3-2 win over Kangemi All-Starlets in post-match penalties following a 2-all scoreline in regulation time.