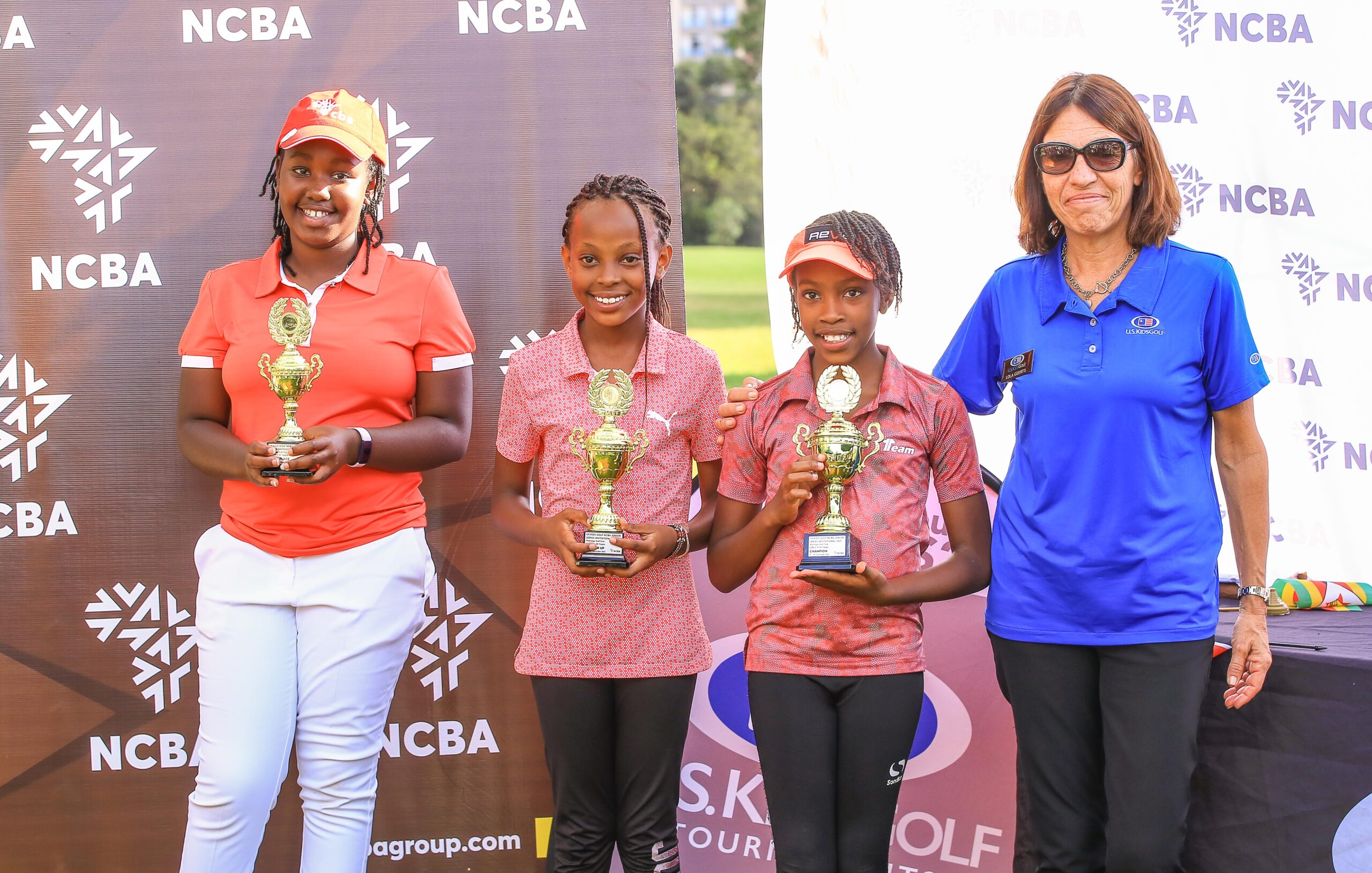 Kanana was the winner in the nine-to-ten years category for girls having scored 15 points, beating Brianna Ngecu and Nkini Pasha who scored 22 and 27 points to claim positions two and three respectively.

The two-day 2021 NCBA Golf Series junior invitational tournament held at Muthaiga Golf Club came to a close on Friday having attracted participation of over 100 junior golfers.

The event featured participation of junior golfers from several nationalities including Kenya, Uganda, South Africa, India, Zimbabwe and the Netherlands.

The tournament which had been jointly organized by NCBA Group and the United States Kids Golf Association with support of the Junior Golf Foundation  as part of the 2021 NCBA Golf Series saw thirty nine junior golfers across thirteen player categories feted during the tournament.

In the six years-and-under category for boys, Arran Dupta emerged the winner with a total of 42 points – having carded rounds of 53 and 61 points across the two-day event. He was followed by Zayn Bhatti and Daniyal Sharafali who finished in second and third place with 43 and 45 points respectively.

In the seven years category for boys Niam Shah and Christian Kaberere were the stars having finished with 18 and 28 points respectively to claim first and second positions.

In the girls’ categories, Nyawira Macharia emerged the winner in the eight-and-under category, having carded a total of 19 points, three better than her closest challenger Ashley Gachora who scored 21 points, while Zianna Khoda came in third with 32 points.

At the same time, Maryam Mwakitawa staged an impressive performance to emerge champion in the thirteen-to-fourteen girls’ category having carded 36 points.

This was the second junior tournament in the 2021 NCBA Golf Series calendar following the first tournament that was held in August at Karen Country Club where the winning golfers got a chance to play at the Rome Classic, which took place in October, with others set to play at Big 5 tournament to be played in South Africa next year. 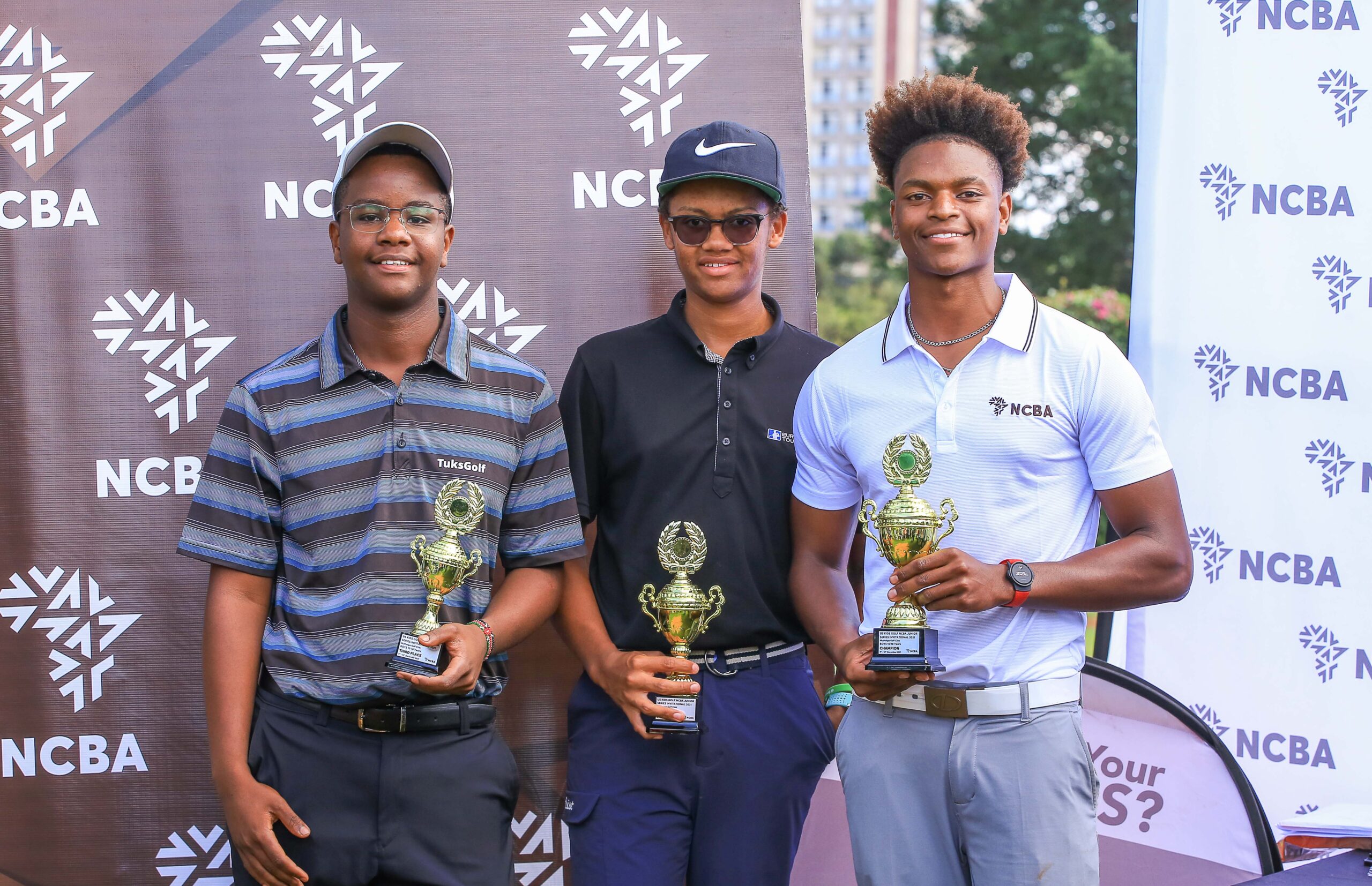 Speaking during the tournament, NCBA Group Deputy Director and Head of Brands Jacquie Muhati said that the tournament is aimed at supporting the development of the sport in the country.

“We are delighted to have held this tournament under the umbrella of the NCBA Golf Series which we believe will go a long way in ensuring that young talents in golf are nurtured at an early age and through such platforms, evolve to become future stars of the game. The success of this tournament shows that the future of golf in the country is very bright and we shall continue to work hand in hand with our partners to improve the game across the country as that is our ultimate aim. Going forward, therefore, we plan to ensure the Junior Tournament becomes a permanent fixture in the NCBA Golf Series,” she said.

She further urged for more corporates to be involved in the sport, noting that it has great potential growth. “Our involvement in this discipline comes at a time when more and more people are embracing the sport and we believe that it has the potential to become a hugely popular sport and earn Kenya global recognition just like in athletics which the country has an unparalleled dominance in. I therefore urge more corporates to involve these juniors in their plans for this sport as they are our future stars,” she added.

The event marks the end of the 2021 NCBA Golf Series calendar that kicked off in January this year.