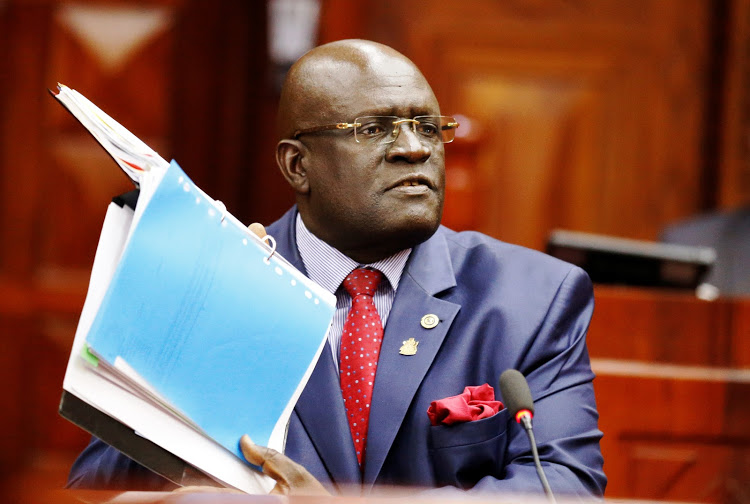 Former Education Minister Prof Magoha Back to Class as Lecturer

Three months after exiting the cabinet Prof George Magoha has landed a new job at Maseno University’s School of Medicine as the Professor of Surgery.

“We are lucky as an institution because our School of Medicine is relatively new and it will be a boost to have a strong personality like Magoha in our team,” the Maseno University statement read.

Magoha left the Cabinet in October last year following the inauguration of President William Ruto’s administration and the subsequent appointment of Ezekiel Machogu as the new Education minister.

Prior to his appointment to Uhuru’s Cabinet, Magoha served as chairman of the Kenya National Examinations Council (KNEC), a role he assumed in 2016.

He previously served as the Vice Chancellor of the University of Nairobi from 2005 until 2015.

Magoha’s profile on the University of Nairobi website indicates that the former minister joined the institution as a lecturer in Urological Surgery in 1988 and rose through the ranks to become a full Professor of Surgery in 2000.

He served in various administrative positions at the University rising from Chairman of the Academic Department of Surgery in 1999, Dean of the School of Medicine, Principal of the College of Health Sciences, Deputy Vice-Chancellor in charge of Administration and Finance to Vice-Chancellor in January 2005.