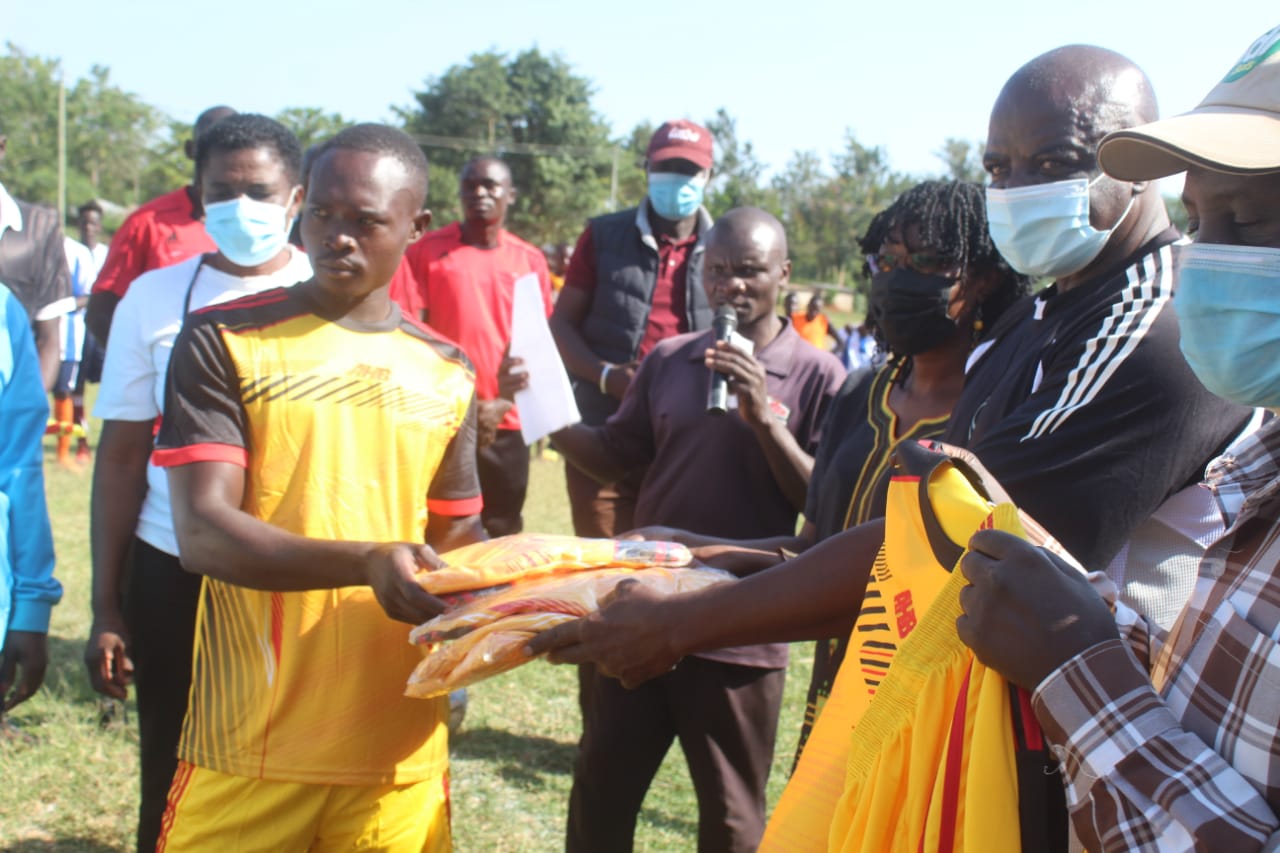 A former International Karateka has embarked on a mission that is geared towards making his village in Nambomboto/Nambuku Ward in Busia County produce more stars to match the likes of former AFC Leopards and Harambee strikers JJ Masiga and Francis Baraza.

Masiga, the best striker Kenya has ever produced and Baraza, the current Mtibwa Sugar coach in Tanzania hail from Buradi village which is about 5km where Noah “Landmawe”
Wanyama and his sons Victor Wanyama and McDonald Mariga hail from.

Wanyama Obisa launched his campaign to have the ward continue with its fairy tale in football when he donated two sets of uniforms to Young Rovers and Buradi football clubs with plans to cascade it to other clubs in the ward.

” Baraza played in this field ( Buradi Primary) before AFC Leopards spotted him. JJ Masiga passed through Lugala Primary School, a few kilometers away before his exploits that is still in the memories of many,” he said. 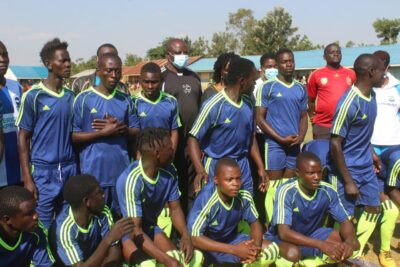 Mr. Obisa said since sports is devolved, there is a need by the County Government to allocate a budget for sports development, adding that youth will keep themselves busy and will not engage in destructive activities.

Football Kenya Federation Busia Branch Secretary-General, Reuben Olita said Mr. Obisa is among very few leaders in the County who have come in to support sports by donating uniforms and balls to clubs within their jurisdiction, noting that the federation will work will like-minded leaders so as to catapult the game in the county to greater heights.

Mr. Olita urged teams to maintain discipline, adding that the federation will roll out women’s football across the county as soon the President lifts a ban on sporting activities in Western and Nyanza regions.

Nangina ODM Youth Leader, Lameck Barasa said the County Government should come up with County Games involving various disciplines, noting that the move will make them embrace sports that will change their lives and reduce idleness.