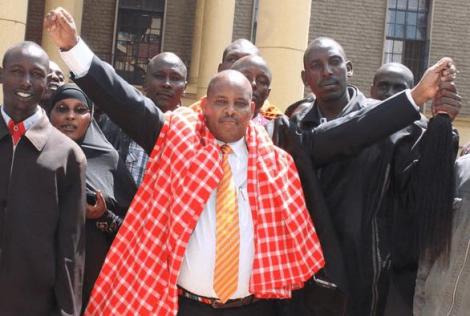 Lempurkel had been jailed for one year on November 5 after a magistrate court found him guilty of assaulting his political rival, and Laikipia North MP Sarah Korere.

Lempurkel on November 21, 2016 at Harambee House in Nairobi willfully and unlawfully assaulted Korere by slapping her on her left cheek.

He was also said to have kicked her on her lower abdomen causing her actual bodily harm.

Korere is the current MP for Laikipia North after defeating Lempurkel in the 2017 election.

The magistrate did not give the former lawmaker an option of a fine. Consequently, Lempurkel was jailed at the Kamiti Maximum Prison.

Lempurkel appealed his jailing and sought to be released on bail pending hearing and determination of his appeal.