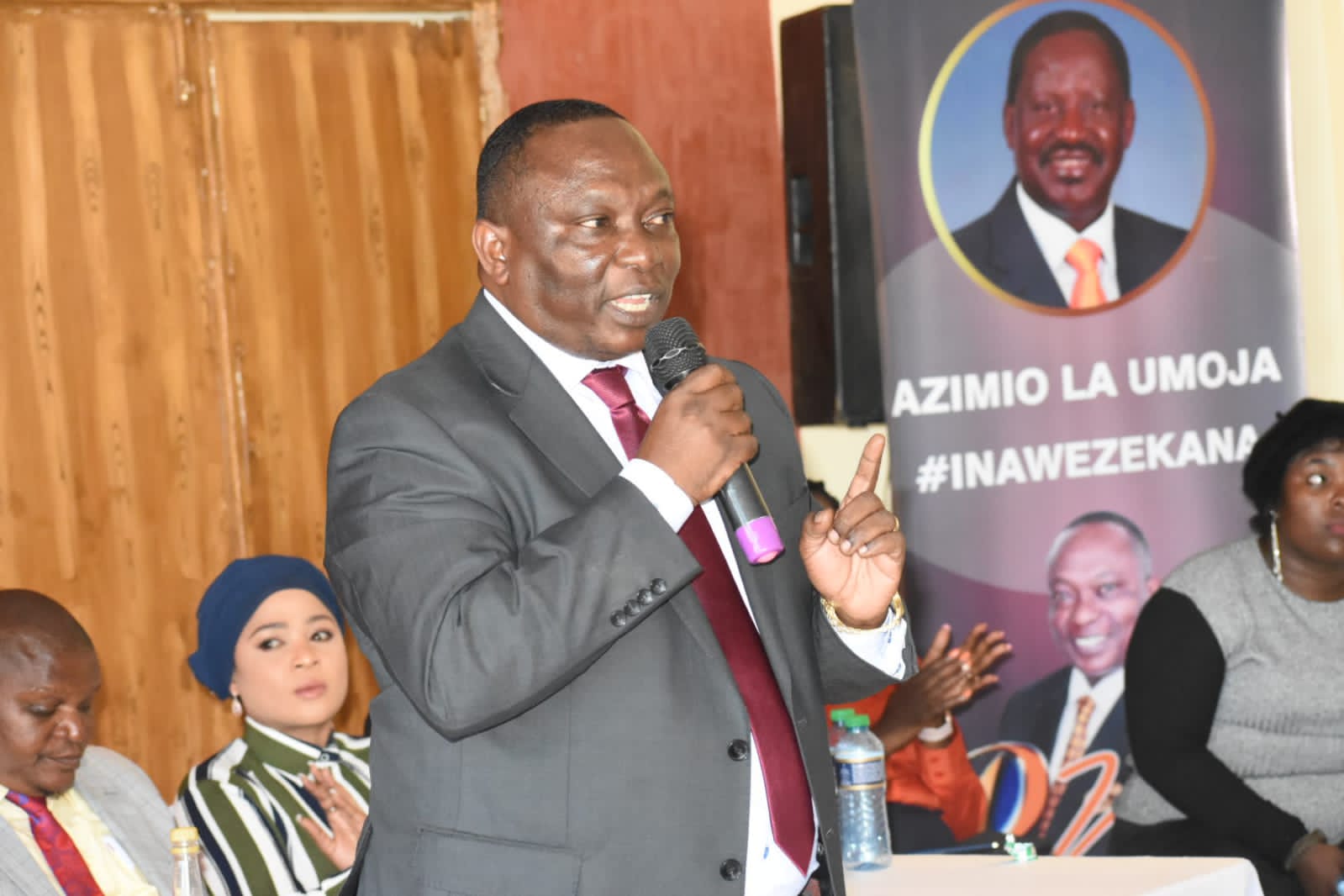 Former Dagoretti North Member of Parliament Dennis Waweru has trained his guns against the Kenya National Chamber of Commerce and Industry (KNCCI) chairman Rihard Ngatia’s ambitions of being Nairobi’s next governor.

Waweru who was the joint secretary of the Building Bridges Initiative (BBI) and has been eyeing the city’s gubernatorial seat has started Whatsap groups to propagate propaganda and negative campaigns against Ngatia who is being considered by Nairobians as a front runner.

Waweru who at one time was readying himself to take over from the deposed former Nairobi Governor Mike Sonko in a by-election which was cancelled by the court has so far not declared his interest to vie but from the smear campaign it seems he is still interested hence the reason of the propaganda against Ngatia who seems to be the greatest threat.

So far Westlands Member of Parliament (MP) Tim Wanyonyi, Nairobi Senator Johnson Sakaja, and Mkadara MP George Aldwa who will launch his bid on Friday, January 14th have so far declared their interests for the governorship position in the Kenyan capital but Waweru’s smear campaign and propaganda is only targeting Ngatia.

From the grapevine, is that Waweru feels disadvantaged with Ngatia from his own Mount Kenya backyard being in the race as he may be the region’s preferred candidate for the gubernatorial seat under the Azimio la Umoja alliance ticket.

Some members of the Whatsap groups have made available some screenshots of the conversations and propaganda laced with falsehoods against Ngatia’s candidacy in order to discredit him.

The objective of the Whatsap groups according to some members is that individuals have been paid to spread rumours and falsehoods against the chamber of commerce chair ahead of the 2022 general elections slated August 9th.

A member of one of the Whatsap groups hinted to Ngatia about it and advised him to take action against the propaganda before it damages his chances.

Waweru was not able to defend the Dagoretti North parliamentary after attempting to get re-elected for a second term due to his poor development record and since he sees his chances of getting back there slim wants to hide in the Nairobi gubernatorial race because he thinks Nairobians will vote and be swayed by the political wave to put him in office.

upon losing the parliamentary seat to John Kiarie aka KJ, Waweru was offered a job as the Secretary of the Building Bridges Intiative (BBI) constitutional review process committee, he failed the process by misadvising the team on how to conduct constitutional changes constitutionality as a high ranking official which led to the process being dismissed by the court as an illegal process