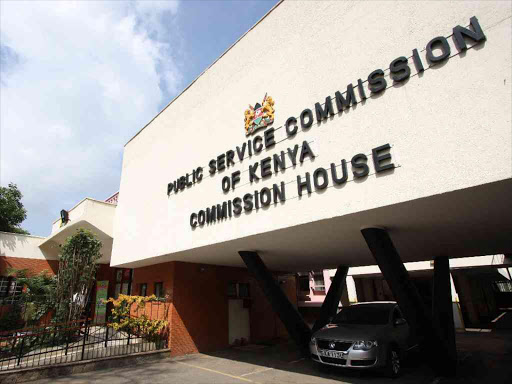 Former Special Programmes Principle Secretary (PS) Mahboub Mohammed Maalim is among the 12 candidates that have been shortlisted for the Public Service Commission (PSC) chairperson position which fell vacant following the death of Stephen Kirogo on May 14.

Maalim and PSC vice chairperson Charity Kisotu are among those lined up for interviews.

The shortlisted candidates will be interviewed at Harambee House, Nairobi, on November 10 and 11, according to a gazette notice published on November 5.

President Uhuru Kenyatta declared the post vacant on August 24 after the death of Kirogo at a Nairobi Hospital.

Prior to his appointment as PSC chairperson, Kirogo served as the Principal Administrative Secretary/Assistant Secretary to the Cabinet in the Presidency and Cabinet Affairs Office.

The selection panel invited qualified persons to apply for the position of chairperson of the PSC vide Kenya Gazette Notice No. 11088 of 2021.

The selection panel received 99 applications (73 male and 26 female). Of the applicants 25 had doctoral degrees, 49 (masters), 23 (bachelors) and two (diplomas).

Members of the public are invited to avail any information relating to any of the shortlisted candidates (through sworn affidavits) to K.W Kihara, chairman, selection panel.

The panel will select three persons qualified to be appointed as chairperson and forward the names to the Head of State who will in turn appoint a preferred candidate.

According to the Public Service Act: “The President shall by notice in the Government Gazette, appoint the chairperson within seven days upon receipt of the approved names.”

The candidate picked for the job will serve on a full-time basis for a non-renewable term of six years.