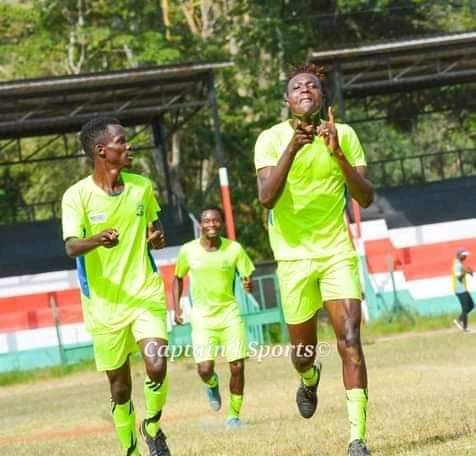 National super league side, Fortune Sacco were awarded a walk over as their opponents Nairobi Stima went MIA.
The clash, one of the nine matches lined up for the season finale of kenya’s second tier league, was scheduled to be played at the kianyaga stadium with the kick off having been slated at 14:00hrs EAT.

But as late as 1:30pm no technical bench member from the power men side had arrived at the venue albeit for the prematch checks.

Come 1400hrs, the match officials were obliged to award fortune sacco a walk over, three points accompanied by two goals.

An already relegated Nairobi stima perhaps in the midst of their financial woes perhaps saw no reason to travel to General Kassam stadium to honor the match.

“yes, we have not travelled. The match is of no significance and the team also does not have money” said a stima player who seeked anonymity.

Elsewhere TALANTA FC were awarded the National super league title at the GEMS grounds to cap their stellar season , a campaign that the ken Kenyatta tutored side earned promotion to kenya’s top flight football with a couple of rounds to spare.

Talanta, were scheduled to host Gusii fc in their season finale but the Nyanza based side didn’t turn up for the match. The champions thereby being awarded a walk over.

They are joined into the Kenya premier league by Vihiga bullets who finished second, tied on points with Kenya police but are promoted as the runners up on the Virtue of a stronger goal difference.

Police will now settle on a bout against Vihiga United for the relegation/promotion play offs in a few days.

In the bottom end, Nairobi stima and Soy united joined Kisumu All-stars as the relegated trio in the Betika national super league 2020/21 season.