Fugitives captured in Kitui after a three day run 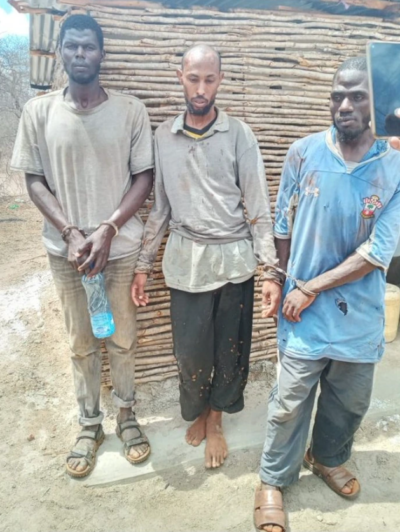 Kenyans can now breathe as the three terror suspects who had broke out of Kamiti maximum prison on Monday,15th November this week are now arrested this Thursday’s afternoon.

The trio were nabbed by detectives in Kitui county while heading to Somalia through Boni forest. It is believed that they were heading to rejoin Al-Shabaab terror group.

Their escape early this week had led to the dismissal of the head of prisons. Kenyans were once again facing a terror threat with the fugitives in the wind.

The trio had bought a lot of milk and water which they paid for them in cash.

Kenyans of goodwill had decided to alert the police who responded well. The detectives nabbed them in Mwingi East constituency as they were approaching Ukasi town.

Prisons service commissioner general Wycliffe Ogallo was dismissed as a result of the escape of the three which was under unclear circumstances.

On 15th November DCI had promised to give a reward of 60M to anyone who would offer to give information that would lead to recapture of the three escapees.