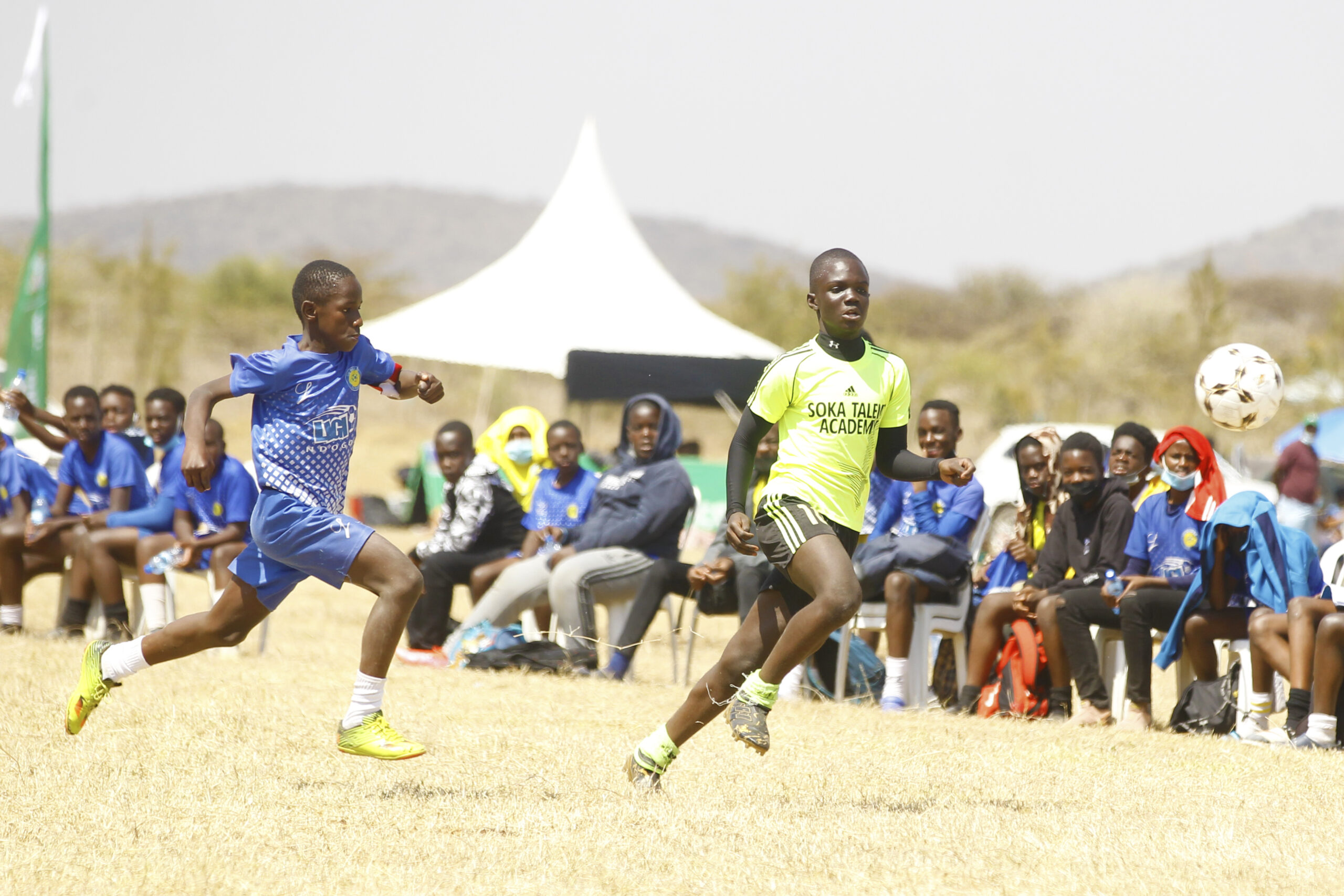 Garissa a Kenyan town less known for football has produced the winner of the annual East Africa Ligi Ndogo cup after Berlin FC were crowned U19 champions.

The tourney that was held in Kisami’s, Kajiado county attracted only 46 teams from Kenya. Tanzania and Uganda were not able to register any teams due to the pandemic.

The Safaricom-sponsored tourney is aimed at developing football structure at a young age by nurturing early talent.

Men’s national team head coach Jacob “Ghost” Mulee graced the finals as a guest of honor praised the organisers of the tournament for realising the importance of age group structures in the development of football.

“Right now the federation has set up age structures from U13 to U19, that is the triangle of development and if followed through it will be the start of getting top player who have gone throught the ranks.” Said the Harambee Star’s head coach.

“When we have the age category being taken care of we know Harambee stars can succeed at the top.” he added.

The football industry in the country has a huge gap when it comes to nurturing young talent. Chris Amimo who doubles up as the Director at Ligi Ndogo and FKF NEC Member reiterated why the federation is big on these tournaments.

“The biggest challenge we have is that by the time we find these players, they are already adults. It becomes difficult to nurture them at that stage. Such tournaments tends to reduce that.’ said Amimo.

Dani Olcina, a former Valencia player who is the Sporting Director at Ligi Ndogo was also in attendance expressed optimism following the displays from the tournament. He promised to continue budding the young players into world-class players.