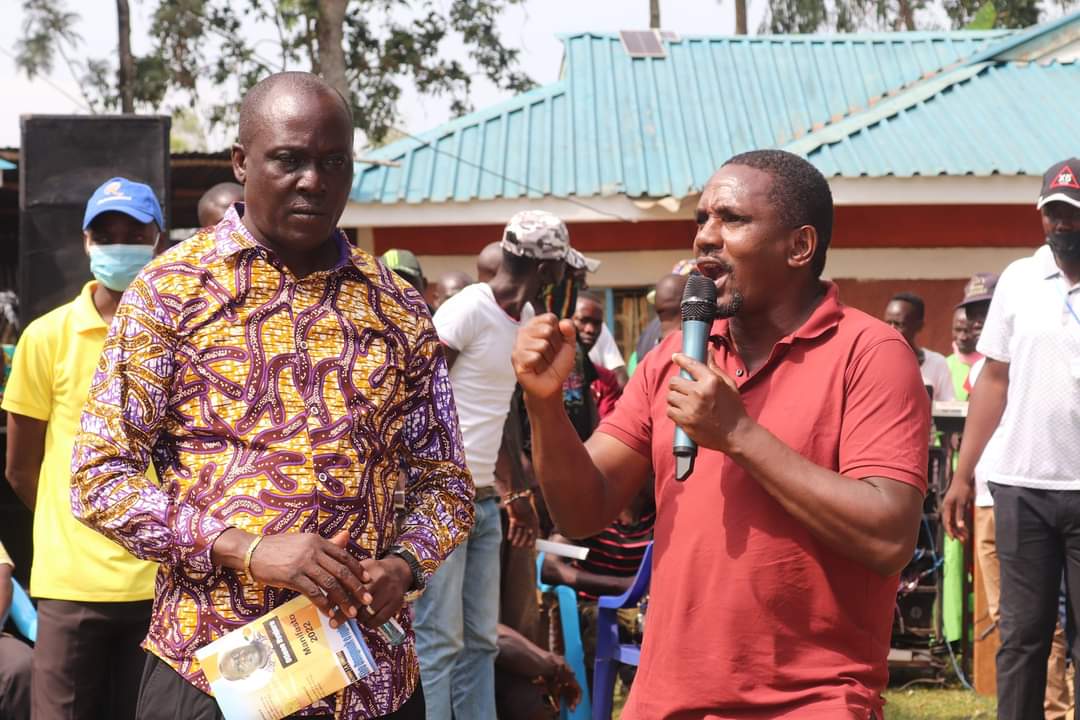 Gem MP Elisha Odhiambo accused of being a Ruto mole

The Gem Constituency Member of Parliament Elisha Odhiambo has been accused of being a Deputy President William Ruto’s mole within the Orange Democratic Movement (ODM) party.

Fingers have pointed at Odhiambo, whose nomination for the upcoming elections was cancelled by ODM party, on Sunday, intimation that the first time parliamentarian has been feeding Ruto’s camp with ODM and Azimio la Umoja secrets and strategy.
“For five years, Elisha did nothing the people of Gem other than doing personal investments suspected to be proceeds of handouts from Williams Ruto.

Even before he was elected in 2017, he was a close ally of Ruto,” a source close to this publication told us.

ODM took back the nomination certificate and instead contemplating issuing his rival Dr. George Jalang’o Midiwo with a direct nomination.

In a statement on Sunday, the party, through its official Facebook handle, said that it had nullified to April 13th nomination exercise and resolved to instead issue a direct ticket.
“Following the consultation of the Central Committee of the party, the party primary election in respect to Gem Constituency, Siaya County, as conducted on 13th April 2022 is hereby nullified,” the statement read in part.

Jalang’o had appealed against Odhiambo’s win citing violence and irregularities during the voting exercise.

The ODM Appeals Tribunal, sitting in Kisumu, had withheld the nomination of Odhiambo last week but Jalang’o applied for a review.

Even though the Orange party did not state who is to be issued the direct ticket, it is expected that Jalang’o is going to be the beneficiary.

Jalang’o is the elder brother to the late former Gem MP Jakoyo Midiwo.

In a statement, Jalang’o said that on the sponsorship of Odhiambo, the nomination exercise had been marred with widespread violence.