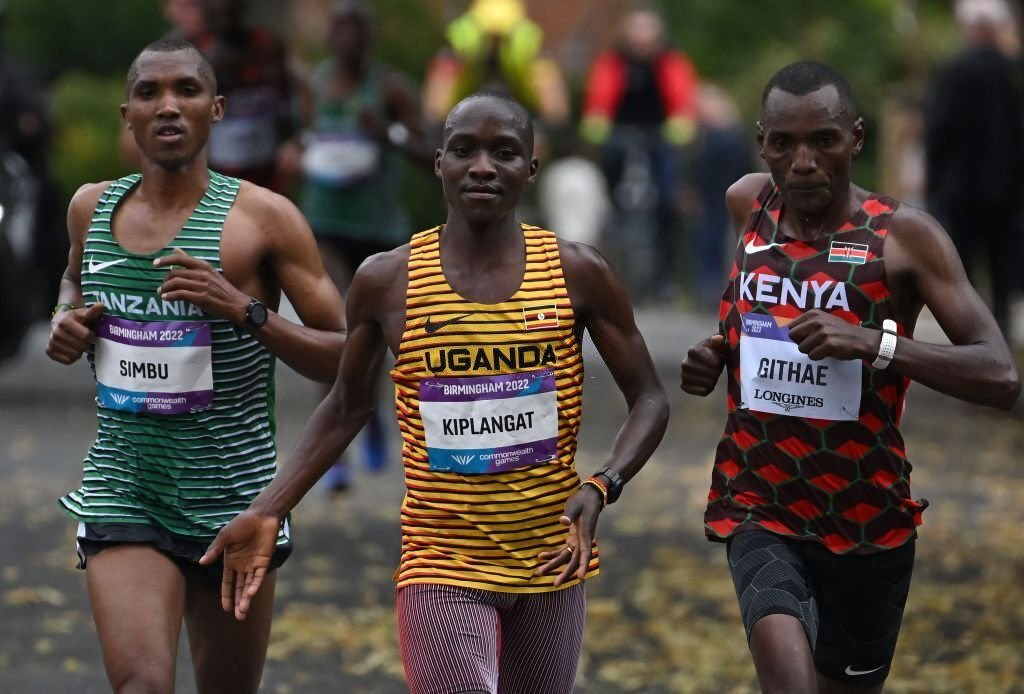 Liam Adams of Australia, who led the race for most of the early going ran well, in the end, to collect fourth at 2:13:23 and Jonathan Kipleting Korir of Kenya rounded out the top five with a time of 2:14:06.

Kiplagat ran a fastest time of 2:10:55 to clinch gold in Birmingham on Saturday.

Alfred Simbu (Tanzania) clocked 2:12:29 and Kenya’s Michael Githae in a time of 2:13:16 came second and third as East Africa completed a medal sweep.

It’s the best placement for Uganda at this stage after Solomon Mutai clinched Silver at the 2018 games in Gold Coast.

Stephen Kiprotich won 2012 London Olympics and 2013 World Championships titles but no Ugandan had ever won a gold medal marathon at Commonwealth Games before Saturday.

It’s the first medal for Uganda at the ongoing games, and medal number 56 overall (17th gold) at the games competed for by former British colonies.