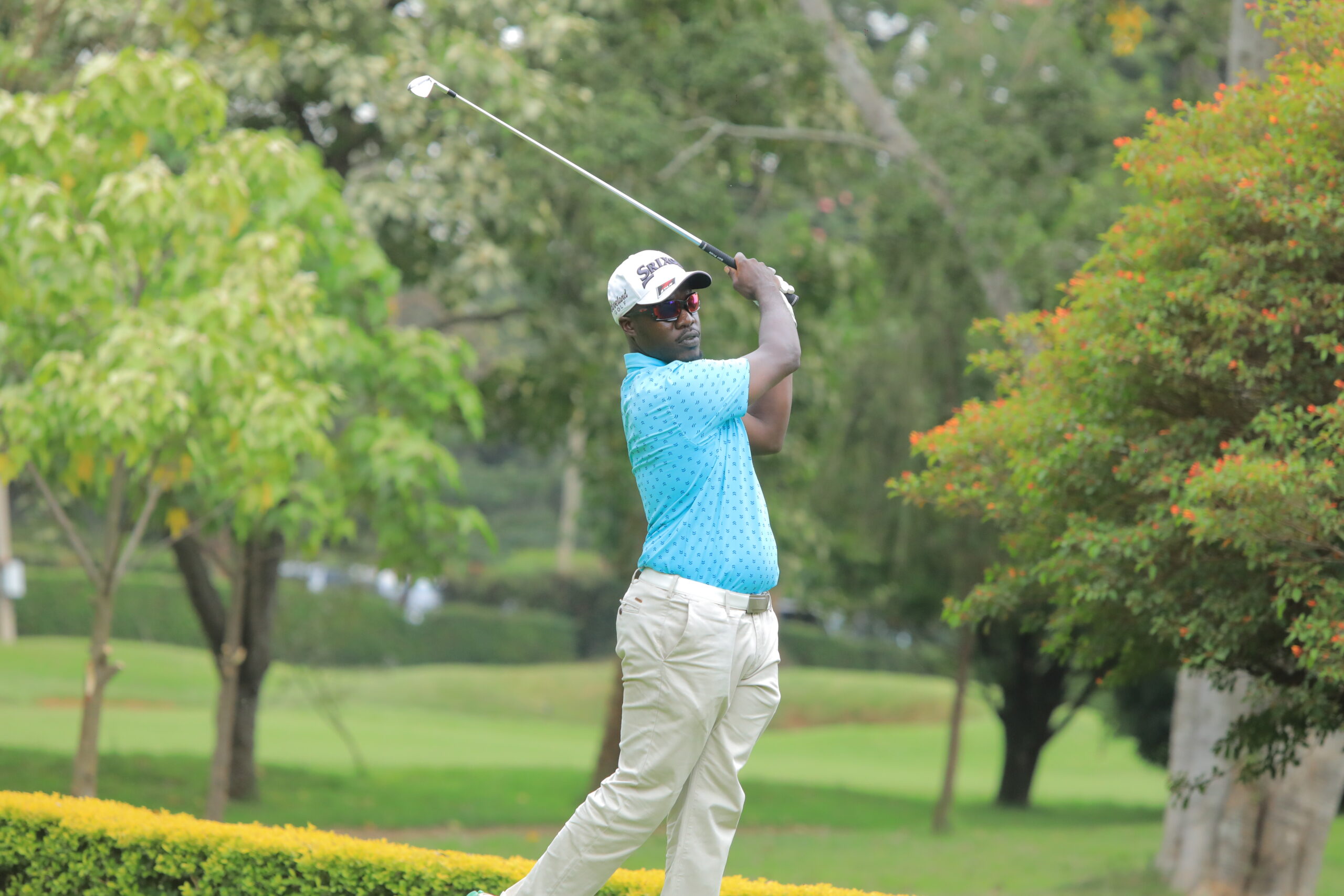 Nduva who joined the tour rather late as he was still busy in South Africa, three putted the par three-fifth after picking three straight birdies from the second hole, then bogeyed the ninth following a birdie at the seventh.

“The course particularly the greens are very good and I am real enjoying playing here. I believe another low round can land me to the top of the leader board tomorrow. All I need is to hit three birdies for a start and that will be enough to motivate me to a good finish’’ said Nduva.

For the leader Chinhoi started well with three birdies at the front nine and soon after the start of the back nine where he birdied the 10th and 11th to go six under for the day, he picked up a double bogey at the par three 13th after a single one at the 12th, followed by two more bogeys at the 14th and 15th with only one birdie coming at the 16th. He missed the green on two at the 18th, chipped it short to miss a birdie and settle for a par and the day’s one under par 70 which left him lead with 13 under par 200.

Meanwhile also making a move, was senior pro Dismas Indiza who birdied three holes at the front nine against an equally number of bogeys. He however played a bogey free back nine which included four birdies at the 10th, 14th, and 17th and 18th holes. At the 18th, Indiza hit his approach shot to the right side green bunker though was able to come well to about three feet where putted in for the last birdie of the day and a four under par 67, which gave him a three rounds aggregate of five under par 208.

“I believe I can catch up with the leader just like I did at Karen, if I can put my head down like the way I played today. The course is in good condition and easy to score if you stay on course’’ said Indiza.

It was a bad outing for Malawi’s Paul Chidale as he closed the day with three back to back bogeys in addition to an earlier one at the 14th , having picked two early bogeys at the front nine where he had only one birdie at the fourth, to eventually finish with four over par 75, to drop to tying eighth on two under par 211. On the other hand, Kenya Amateur Match Play champion John Lejirmah fired four under par 67 to move to fourth place on four under par 209.

Teeing off for the final round is set for 7.30am with the leading group of Dismas Indiza, Daniel Nduva and Robson Chinhoi expected to tee off at 8.40am.