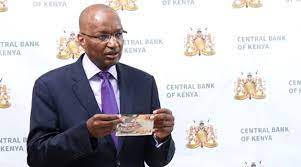 Since the outbreak of the COVID-19 pandemic, many Kenyans have been forced to embrace harsh economic conditions.

This has led them into borrowing of loans from all sources available ranging from loan apps to bank loans. Citizens have been unable to settle this debts they took from financial institutions.

The Central Bank of Kenya (CBK) has announced the suspension for a period of 12 months on the listing of negative credit information for borrowers with loans below Ksh.5 million, whose loans were performing previously but have become non-performing from 1st October 2021.

The suspension of Credit Reference Bureau (CRB) listings was initially announced by president Uhuru Kenyatta on October 20th, 2021. The president said that Kenyans who have loans below Ksh.5M should not be listed in CRB.

The directive is to take effect from 1st October 2021 to 30th September 2022.  The Nation Media Group broke the news through a tweet on their official Twitter account on 8th November 2021.

CBK explained that the one year suspension would give Kenyans the opportunity to grow their businesses, adding that the directive targets business enterprises in the country.

“Further,a period of one year for the suspension is a reasonable period for the micro, small and medium enterprises (MSMEs) to restore their businesses,” stated the agency.

Over 14M Kenyans have been blacklisted on CRB which is severely affecting access to credit at a time when millions were losing jobs.

CRB cautioned Kenyans who intend to take up loans below Ksh. 5M stating that the directive would cause challenges during credit application.

“This could lead to rationing of credit as was evident during the period of interest rates from 2016-2019,” the statement read in parts.