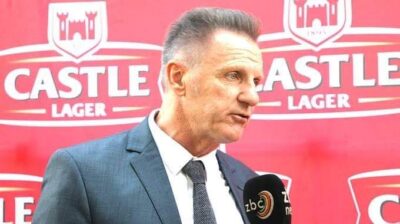 Harrison was at the sidelines of Ingwe vs K’Ogalo friendly match at Camp Toyoyo on Saturday after the two most successful clubs in the country boycotted the Mashemeji Derby which was to be hosted at Thika Sub County stadium.

Harrison is not new on African football having coached clubs in Zambia, Botswana and South Africa.

Before Vaz Pinto, K’Ogalo had in December mutually parted ways with Brazilian Roberto Oliveira who lacked Caf A coaching licence and couldn’t lead  the club in continental matches. Oliveira had barely been at the club for a two months before he left and returned to his home country.

Harrison is expected to take charge of K’Ogalo’s preseason and transfer window with reports indicating he could chip in some of the foreign players to bolster the team’s squad ahead of the 2021/22 season.