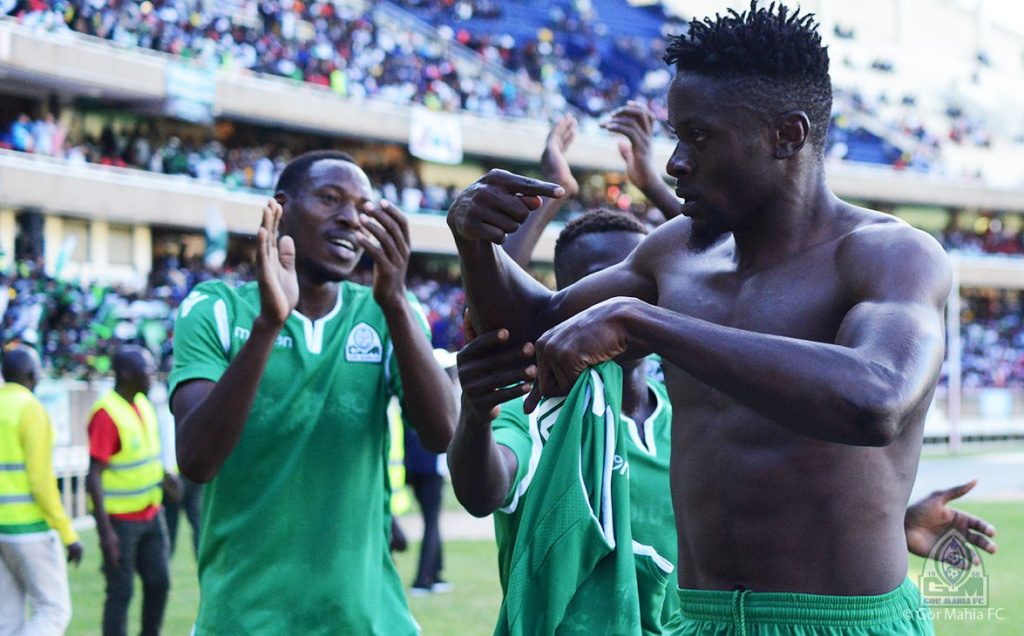 AFC Leopards and Gor Mahia have been fined a total of Ksh10 million for failing to honour their premier league fixture on Saturday, July 31st, 2021 at the Thika Municipal Stadium.

AFC leopards as the hosts has been fined Ksh6 million and Gor Mahia which was the visiting team imposed with a fine of Ksh4 million for breaching commercial rights of the broadcast sponsors StarTimes.

The fixture was supposed to have been televised live and in the event of such an occurrence the broadcast sponsor is supposed to be compensated.

FKF president Nick Mwendwa said it’s a contractual obligation for that it’s a must for teams to honour matches that will be televised.

Mwendwa said failure by the two clubs to pay the fines will lead to further sanctions being imposed which may include docking of points and possibly relegation from the premier league.

AFC Leopards who were the hosts booked Thika Municipal Stadium for the league fixture but instead hosted Gor Mahia in a friendly match at Camp Toyo in Nairobi.

Mwendwa said according to competition’s Rule 3.1.7, is that lack of finances shall not be a reason for teams to skip a league match.

The two clubs chairmen had issued a 24 hours notice to the federation threatening to boycott the Mashemeji derby league fixture unless their outstanding dues from the Betway Cup prize monies and BetKing Premier League grants by the close of business on July 30th, 2021.

In a communique seen by Kenyaonlinnews.com, Ambrose Rachier and Dan Shikanda, the clubs’ respective chairmen, said they will not take to the pitch for Sunday’s Mashemeji derby until they receive the Sh3 million prize money for finishing first and second in the FKF Betway Cup.

“Whereas the sponsorship money has been paid to you by the Sponsors, you have neglected, and refused/ failed to give the winning club and the runners up their dues and rightful payment,” read in part a joint letter signed by Rachier and Shikanda on July 30th, 2021.

“This is to inform you that unless the outstanding dues are paid to the two clubs by 4pm July 30. We shall not honour the league match slated for Saturday.”