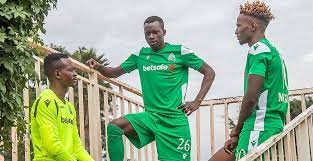 George Odiwuor and Stephen Opoku scored in each half to extend Homeboyz unbeaten run to nine matches as Peter Lwasa for Gor Mahia as the hosts battled from a goal down to pip the former champions.

After the win Homeboyz with a match in hand moved joint top of the FKF Premier League standings with KCB on 21 points as Gor Mahia dropped to third on 18 points.

The match was marred by an incident of hooliganism that was meted on the centre referee as a fan attacked the official at the break in protest of a penalty that was awarded to the hosts for the leveller.

The 2009 FKF Premier League champions Sofapaka, bagged a late equaliser to hold Posta Rangers 1-1 at home at  the Danson Mwanyumba  Stadium in in Wundanyi, in Taita-Taveta on Saturday.

The mailmen should have bagged all the three points after Brian Marita’s strike fired them ahead in the 34th minute, but Hansel Ochieng found the back of the net late in the game to level terms.

It was Sofapaka’s back-to-back draw after another one against Tusker last weekend.